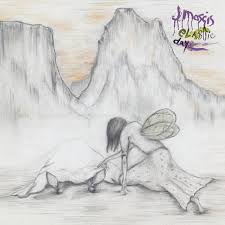 J.Mascis is a familiar figure from the Alt-Rock scene of the 90s and noughties who latterly has started to produce a body of solo work that stands up very nicely against his more ragged glory of Dinosaur Jr. ‘Elastic Days’ raises the bar once again as the singer-songwriter comes to the fore. Opening with the bright and shiny ‘See You At The Movies’ the template is set – breezy arresting rhythms and Mascis’s affecting vocals – all melancholy and sanguine emotion combined with a beautiful high register guitar solo that bursts through the production – almost a second voice. ‘Web So Dense’ eases back on the throttle but the Beck-like dreaminess circa ‘Sea Change’ pervades the vocal and indeed the sentiment as Mascis bemoans the distance from his desire and then sets fire to the track with more incendiary guitar before leaving the listener hanging in the air on its conclusion.

Mascis played all of the instruments on this album bar the piano and there is a sense that he has built these tracks up piece by piece, but this is fleeting criticism as constant plays merge the colours into the whole picture which is one of a delightful if downbeat hue. Highlights include the nu Beach Boys pop of ‘Sky Is All We Had’ – a real gem with hints of Gin Blossoms and maybe Blind Melon and again a searing feedback drenched guitar coda. The title track ‘Elastic Days’ feels like a familiar friend as the tambourine snaps out the beat and Mascis drawls his way through the lyric – all angst and mournful hope. And the final track ‘Everything She Said’ harks back to the Velvets and early Reed with its guitar and vocal shape, maybe Mascis is the man we’ve been waiting for since Lou’s departure.