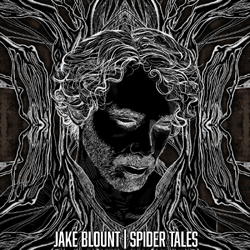 Taking his cue from the likes of The Carolina Chocolate Drops and subsequent forays by Dom Flemons,  Rhiannon Giddens and Songs Of Our Native Daughters, banjo and fiddle player Jake Blount  peers into the past when folk and ountry blues tunes and songs, many with origins in Africa and transported via slavery, were popularised, in the main, by white entertainers. As with his peers, Blount reclaims these songs, emphasising their origins as he writes about them while the album title harks back to African folklore relating to a series of fables from Ghana featuring a mythical trickster called Anansi who often appeared in spider form.

From the off this is an album bound to delight anyone interested in old time bare boned American folk music as fiddle and banjo scrabble away  while several numbers also feature percussive foot stepping from Nic Gareiss. Assisting on fiddle, guitar and bass are Tatiana Hargreaves, Rachel Eddy and Haselden Ciaccio. There are several instrumentals which quite take the breath away in their sound and fury while the songs range from the field holler of ‘Move Daniel’ to the moving spiritual, ‘The Angels Bowed Down’. There’s a wonderful rendition of Leadbelly’s ‘Where Did You Sleep Last Night’, the best known song on the album and one which resonates with Blount who lost several youthful friends who drifted into homelessness and eventual oblivion. It’s worthwhile noting here that Blount is not only working within an idiom which has generally been the reserve of white folks (although we should give an honorable mention here to Taj Mahal who pioneered this approach several decades ago) but that he does so from a queer perspective which, while not referred to in the songs, removes him one more step from the robustly heterosexual world of vintage folk and blues.

Reading the liner notes, the songs and tunes are given flesh and bones. For example, ‘Boll Weevil’ is described as a song by acclaimed North Carolina white fiddler, Tommy Jarrell, but it’s noted that he learned it from a black woman whose name he didn’t recall. Recalling that Leadbelly recorded a song of the same name, your reviewer checked it out but this version is quite different – an example of the almighty rabbit hole one can fall into searching the histories here. Blount recounts the origins of all the numbers on the album, offering a much deeper understanding of the project, but essentially the songs and performances stand out by themselves. The sawing fiddle and barnyard yelps of ‘Brown Skin Baby’, the tangled time signatures of ‘Roustabout’ and the lazy saloon blues of ‘Mad Mama’s Blues’ with its ragtime fiddle solo are all just swell.  All in all, ‘Spider Tales’ is an excellent album and one to sit alongside that Native Daughters album which by now, everyone should have a copy.