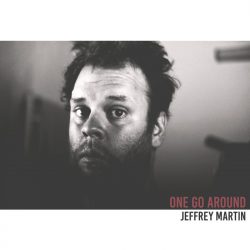 What saves Jeffrey Martin from the pile of identikit singer-songwriters, the troubled troubadours, are his lyrics and his storytelling. He doesn’t stretch too far; he tells of the dreams and the frustrations of working-class life, in a downbeat way, with flickers of melody and instrumentation to add some depth and colour to his songs. He’s a craftsman and he honed these songs working alone in a cabin. The songs are subtle where others might use a sledgehammer; he’s worked out exactly what is needed to make the song work and ditched any extraneous words or musical notes.

Pretty much everything you need to know about the record can be gleaned from the opening Poor Man – the narration, the subject matter, the gentle swell of the chorus and small details like the harmony vocals that barely step out of the shadows but are nonetheless integral. Long Gone Now is cut from the same cloth, though this time it’s fashioned into something a little more dashing, a chorus that is a little like Ryan Adams at his most cracked and vulnerable, the flecks of banjo, pedal steel and piano that add an understated dignity to the songs.

Billy Burroughs will get most of the mentions, not because it is the best song here – it isn’t – but because of the subject matter, William Burroughs accidentally shooting his wife. There’s a cover of Richard Buckner’ s Surprise Az from Bloomed. Martin’s version is more sober, with banjo replacing the acoustic guitar: Buckner’s a good touchstone for Martin, though Martin doesn’t have the power or range, he does have a dogged charm.

This is the kind of record that I usually find hard to find words for but Martin has something, be it honesty, or authenticity, whatever it is, it imbues these songs with a grittiness and elegance that sit well together.