As both a “him” and a “them”. Ex-Bellowhead frontman Jon Boden will hit the road firstly as a solo act in mid-April, starting at Brecon’s Theatr Brycheiniog before picking up The Remnant Kings later in the month at Saltaire’s Victoria Hall. Jon recently shared this short clip below of him performing Fires Of Midnight as part of the Bright Young Folk December Sessions. The 12-time BBC Folk Award Winner dropped his second solo release earlier this year, following on from his debut ‘Songs From The Floodplain’ – ‘Afterglow’ follows the tale of two lovers, set against the blazing backdrop of a street carnival.  Here are those dates. END_OF_DOCUMENT_TOKEN_TO_BE_REPLACED

Composer Paul Mosley has reached his 10-year anniversary (Tin?) as a musician and to celebrate, while most people would buy a cake, he’s instead reuniting with his Red Meat Orchestra to release a new EP of ghostly, junk orchestra, folk-pop stories called Wintertide which is out tomorrow. The single from it is rather lovely and described as “an epic journey through the eyes of three captains and the ominous dangers that come with the seas.” Do they not listen to the shipping forecast?

On the last night of her UK tour Imelda May walked onstage to rapturous applause for her first headline gig at the Royal Albert Hall and performed a stunning stripped back rendition of Call Me.  This immediately demonstrated both her confidence and her clear and strong vocals.  The respectful silence showed that the crowd were spellbound which was confirmed by the reception she received once the song had finished. Her latest album Life. Love. Flesh. Blood, produced in Nashville by the legendary T Bone Burnett, has been the most successful and critically reviewed of her career. She showcased many tracks from the album and it was easy to see why she has won several awards this year and been nominated for International Artist of the Year for the UK Americana Awards 2018 END_OF_DOCUMENT_TOKEN_TO_BE_REPLACED 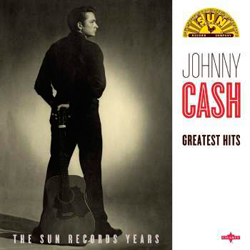 Ho hum. Another Cash (in) collection I hear you say. Well, yes, it is a compilation of songs that any self respecting fan will already have, probably several times over. However these 20 songs arrive encrypted in vinyl, shiny black vinyl, and when spun the sound is as vibrant as the yellow Sun Records label surrounding the spindle. END_OF_DOCUMENT_TOKEN_TO_BE_REPLACED

“Oh, you need to get up here” says Rachael Yamagata. The young man in middle of the sixth row needs no more encouragement as he skips out of his seat nimbly and bounds up on to the high stage to join her on Let Me Be Your Girl, arguably her most commercial and instantly catchy song to date. Think Al Green’s Sha-La-La, or Barbara Acklin’s Am I the Same Girl? and you get a flavour of this. END_OF_DOCUMENT_TOKEN_TO_BE_REPLACED

Oh wow.  Katey Brooks has a voice you could cut glass with, and on this new song demonstrates her distinctive otherworldly arrangements.  If you like this one check out her booming cover of In the Air Tonight.  She’s also a relentless tourer and has some UK dates in December – check them out here . 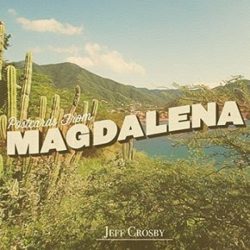 he fourth full-length album from Jeff Crosby, a well travelled Gent originally from Idaho – and a cracking slice of proper Americana it is too. Crosby has taken inspiration for this album from his travels and the description of why the album is named Postcards From Magdalena is worth repeating here. The opening track The Best $25 I Ever Spent was written in Tanganga, Magdalena in Columbia and Crosby refers to an urban dictionary description of the term Magdalena as “a girl who is sophisticated, gorgeous and down to earth. A Magdalena is a person who is a modern hippie, loves the beach and smoking joints. You can find her dancing in the rain.” END_OF_DOCUMENT_TOKEN_TO_BE_REPLACED

Okkervil River’s latest track What Friends Do is the theme song to Amazon Prime’s animated holiday special “Click Clack Moo: Christmas At The Farm”. Breaking Bad it’s not. It’s based on the book series from Doreen Cronin and Betsy Lewin and features various voices including SNL’s Pete Davidson. Okkervil’s Will Sheff explained to Stereogum: “When I was preparing to write the theme for Click Clack Moo I listened intently and repeatedly to my favorite kids’ songs by writers like Joe Raposo and Harry Nilsson. There’s something about writing songs tailor-made for kids, I noticed, that brings out something really tender and urgent in adults. You start thinking a lot about what the one simple and sincere message you’d like to pass on to a kid might be.” Like, stop throwing your dirty socks under the bed. 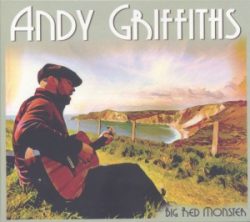 Here is a thoughtful album that deserves your attention. Andy tells stories in his songs that are “beyond anywhere,” which are words from the first track. Rather, they present a carefully collected and memorable array of events and places. The cover and pictures on the album, and its title give some clues here. There is Andy playing his guitar, sitting above Worbarrow Bay on the Dorset coast, and on the back is the big red tractor, the monster itself. Track 7 tells of the families, who, on a mere moment’s notice were forced to leave their village of Tyneham which was then required as part of the Lulworth Range as gun and fighting practice for the Normandy landings. END_OF_DOCUMENT_TOKEN_TO_BE_REPLACED