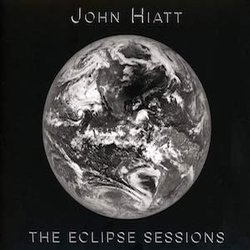 It’s always with a core of trepidation that I approach a new album by a very long-established artist. It’ll be defended to the hilt by fans but often underwhelms most others, due to the natural tendency to compare to previous form. In the end, when newcomers ask for first experience recommendations of such artists, it’s rarely the later ones that are offered with enthusiasm.

It was with such semi-scepticism that I approached John Hiatt’s new album. He’s a solid stalwart of the genre who has an output of fairly relentless quality over many years and now, passing his middle sixties, he could quite easily have gone either way between has-been and elder statesman. Luckily, in the very first moments of the record, it becomes obvious that we’re in very competent hands.

This is not a fussy collection of music; doesn’t over-orchestrate; never tries to be too clever or too traditional. It’s tight and managed superbly but is organic enough to feel fully alive and vital. Hiatt’s voice pours every moment of his vast experience into each note, giving it an edge that commands respect. There is a limit to his range and some higher notes do sound like karaoke night in the torture chamber at times, but the lyrics and command of the song-writing process, keeps it listenable and respectable.

The recording is crisp, picking out the faint metallic scrape of plectrum on string and it’s produced with a delicate hand that respects the acoustics of the session. This was clearly a fruitfully productive room with a great deal of vision. Not every track is a stone cold classic (;One Stiff Breeze’ stands out as a weaker track) but there is enough of sheer quality to make this a very fine album.

After a week of listening it’s worth reflecting on the chorus of opening track (‘Cry to Me’), “I’m probably going to let you down,” he warns us, “but I won’t keep you down.” This is an album unlikely to leave you feeling let down at all.

Competent and crisp, Hiatt has produced a very fine album