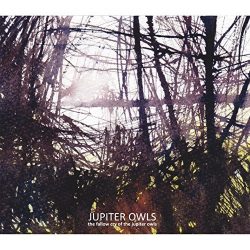 er Owls are a four piece band hailing from Frome in Somerset. This is their first release with all eleven tracks here (one co-write excepted) having been written by John Libert who appears to be the driving force and lead vocalist. Described by the band as providing a chilled mix of folk / pop with a sound evocative of the early 70’s West Coast scene, you get the idea of the vibe and style on display. The playing is really good throughout with some terrific slide guitar in evidence particularly on Lightning Strikes The Sea where the standard is up there with the very best.
Overall there are some great mood moments although at times the vocals are a little weak delivered in almost hushed tones with lyrics being hard to follow, which is a shame because the songs are on the whole strong. Cape Cornwall tracks a journey to the coast with reference to traffic jams (we have all been there) and many name checks rivalling all those US travel songs with which are so familiar. Shake has a fantastic soaring chorus and is a real feel good song with more than a hint of Beach Baby in places. So on the whole a nice album with much to commend it despite the odd grumble here and there.
5/10
5/10

Chilled music with a West Coast of England vibe