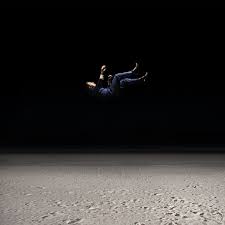 Justin Currie has ploughed a pretty deep furrow since disbanding Del Amitri and with the exception of a reunion tour a couple of years ago he enjoys a small but very dedicated fanbase which lap up his razor sharp observations couched in melodies that lesser songwriters would dream of imagining. Live he is immense; ploughing through a back catalogue of genuine pop classics laced with his black humour, and it is fitting that this latest release fits perfectly into such a set list.

‘This Is My Kingdom Now’ sets the bar high from the off with catchy melodies and tight arrangements highlighting the aforementioned songwriting. Early highlights are the title track with its repeated affirmation just hiding the unspoken contempt in Currie’s polemic. ‘Crybabies’ features a gorgeous hook and heartbreaking lyric, ‘Failing To See’ a glorious 70’s guitar motif, and ‘The Dead Sea’ sounds as if Pete Bruntnell has been in touch with its spiky guitar, harmonies and driving rhythm.

Throughout it all Currie’s voice brings such assurance and depth to each lyric. At its best it imbues real heartbreak and melancholy such as in ‘Abandoned Sons’ and ‘I Love the Sea’. It’s a really strong album from a genuine talent.