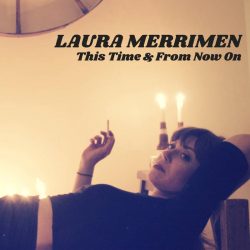 Laura Merrimen opens her third album in full on Lucinda Williams mode. A slow, smoky, southern gothic drawl which highlights some deft songwriting allied to some elegiac violin. Big on atmosphere, it lulls the listener into a false sense of intrigue. The following track is far more straightforward. ‘As the Crow Flies’ is a gallop, all country and folky splashes.

‘More and More’ is a lilting waltz and the tempo suits the voice and arrangements better. There is room for the lap steel to shine, the organ to breathe, harmonies to chime and a lonesome harmonica to wail. Lovely. Swiftly followed by another mid tempo narrative ‘Late July’ this one heading back to Williams’ territory. A road song filled with the joys, along with hardships, which builds to a snappy crescendo and chorus – one of the longest tracks on this short album clocking in at 5 minutes. The other is the closer ‘Leave A Light On’ which could be seen as a microcosm for the whole album – gentle guitars, woozy arrangements and a sense of melancholy wrapped up with a great chorus.