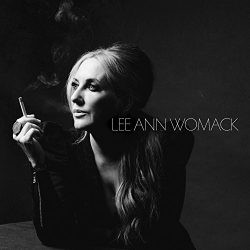 Even if you really enjoy camping and spend most of your holidays enjoying the benefits of communing so close to nature, it still feels wonderful when you spring for a night in a five-star hotel and make the most of the luxury that it affords. That’s how I feel about this record. I spend most of my time listening to records that are made on micro-budgets with less than optimal equipment and with, quite frankly, a lack of proficiency. I’m usually privileging ideas over execution, so listening to this record reminds me that it is quite possible to do things well and still have an outcome that is worth the indulgence.

LAW is in the firmament of Country artists; she’s reached that stage where she is maybe divorced from everything that got her there and the songs are as much about the process of making music as real emotions. They are variations on tropes, the title song comparing heartache to Hank William’s songs, oh but it aches, the steel guitars and her voice moving around each other with a practiced air; it sounds wonderful. Talking Behind Your Back sounds so familiar, yet it isn’t, and that’s what she is tapping into, making a classical Country album: you can’t do anything that jars, so the next best thing is to write variations on classic themes and throw in well-judged cover versions. She does a great job with George Jones’ Please Take The Devil Out of Me, inhabiting the song so thoroughly that you’d swear it was the original. She also makes Long Black Veil her own, giving it a dose of Bronteish ethereality.

And these are just two examples of where she shines – she really does show her skill as an interpreter of other’s songs. Brent Cobb’s Shine on Rainy Day is thoroughly assimilated and sung beautifully. She’s never showy, no millennium whoops for her, just giving whatever the song needs. the music similarly restrained, and that’s part of the appeal – she understands timeless, style over fashion. I know that I can’t spend all of my time surrounded by such richness and I know I must return to my more usual utilitarian milieu but I really enjoyed my time at the top table and my respect for LAW has grown massively.

Queen of Country shows why she is Queen