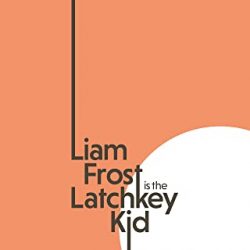 It’s a mixed blessing being called a cult artist, revered by some, unknown to most, now a decade and a half since Liam Frost got his first deal, after gigging on the Manchester scene through his teens. Comparators at the start could have been I Am Kloot, Badly Drawn Boy, Cherry Ghost, song based Manchester acts, and Frost was lauded as the future by Guy Garvey. His first album was widely praised, second album on a major label, but breakthrough was elusive. In the decade since then, occasional gigs in Manchester would sell out in a flash, but apart from exiled Mancs in London, as far as everyone else was concerned, Liam Frost was long done.

He returns now through with a triumphant third album, proudly Americana-styled, not just because that’s hip now, but to acknowledge the acts that inspired him as a teen. So he proudly names Josh Rouse, Whiskeytown, and Josh Ritter as inspiration, consciously or not mixing his singular voice with obvious tones and inflections from these acts and others. The album opens bravely with the gentle, quiet ‘Going Steady’ a song of rare delicacy and beauty that, yes, brings Ryan Adams to mind, but as soon as you hear Frost’s vowels, it’s obvious we are in NW England not SE USA and the song and style are distinctively his.

The more band based sound of ‘Hall of Mirrors, Rope of Sand’ also evokes a different side of Adams, with a gorgeous, simple guitar riff. Dawes seem to be referenced in a couple of songs. Other tracks are swampy or chug, but Frost’s strength is the slower songs, with the bittersweet ‘Smoke’ reflecting on his mum’s passing. With other tracks named ‘Who’s Gonna Love You?’, ‘When I’m Alone’ or the tender final song ‘Lover, Trouble Knows My Name’, there is obvious self- reflection here, but not necessarily sadness.

Crowd funded, the entire album needed to be recorded in three days, but you would not know, it is very well produced and mixed, pedal steel delicately supporting, harmonica unobtrusive, voice and acoustic perfectly balanced in the mix. Saying this, though, it’s tempting to imagine what, say, Dave Cobb, Nashville Americana producer dejour would have done with this material with time, money and his sessioneers, as there isn’t a weak song in this set. Frost though has been down a similar route before as Columbia sent him to New York for his second album to producer Victor Van Vugt, with little commercial success, and is probably glad to keep control.

This a lovely album, poignant and alluring, grabbing attention from the start, and only improving with repeat listens. Liam Frost said on his Facebook page as this album was released: “I never know if this will be the last chance I get to do this, so I hope you all enjoy it.” He can relax, ‘The Latchkey Kid’ is some of his best work which demands and deserves attention, and more of the same.