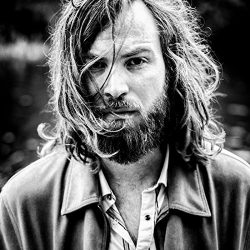 Painful, searing lyrics, darkness so bleak you feel you’ll never find a way out, but then laugh out loud moments that are life-affirming in their intensity. Such are the contradictions in this offering, as rich and dark as Irish stout from this London-based Dubliner and just as satisfying for those thirsting for originality and individuality in recorded output. Having grown disillusioned with his job, Brennan quit and started to write songs based on the comings and goings he observed in Victoria Park, London. The emptiness of spirit he identified led him to the theme and title of this album, Dead Capital. Deep, simmering vocals eke out tales of self-loathing and despair, with an almost symmetric beauty to cushion the blow, as in opener ‘Airport Hotel’.

Dead Capital was recorded in around a week at Berlin’s Candy Bomber Studios with Ingo Krauss whose credits include work with Swans and The Stooges and who has helped Brennan forge a bleak beauty from his depression and whimsical observations. It can be an uncomfortable listen at times, as ‘Get On Top’ testifies; it can be engrossing as in ‘Bit Part Actor’ and ‘Silence’ towers lyrically to betray a rare talent and seal the deal.

This is an outstanding album; deep, dark and demanding of attention. It is lyrically intelligent and refreshingly bleak. Dead Capital is a place of savage beauty.

Deep, dark and demanding of attention