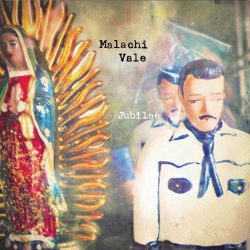 is the the name given to the musical act of Marc Gagnon from Montreal who describes his music as an eclectic blend of blues, folk, country, americana and jazz. This album comprises 11 tracks with vocals delivered in a gruff, deep style very much in the style of Leonard Cohen and Tom Waits. This album does not hint at the artist discovering such heights as those two great acts but it does have a certain atmospheric feel about it with a few highlights worthy of mention.

In particular, ‘Dixie’ is a laid back tex-mex piece with a catchy riff evoking the feel of a hot and sultry afternoon in one of those dusty border towns of many a film. ‘Gypsy Rose’ envelops you in an almost dream-like trance and ‘Quarantina’ finishes the album off in a style that would not be out of place in a smoky late night jazz club.

This is a real slow burner which can easily be dismissed at first listen but from which are teased out real rewards after a few run throughs. That in itself is a challenge these days when instant gratification is expected but the artist has something about him, so this is worth the time investment – just don’t expect the music to get you dancing around the room anytime soon.

Atmospheric and moody offering from Montreal based artist