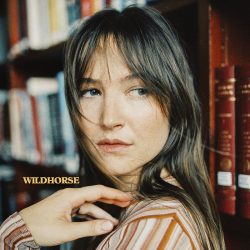 Norway has not traditionally been the birthplace of Americana musicians. Yet former Lucky Lips singer Malin Pettersen has been recognised as an established talent in the world of Nordicana and has most definitely made waves in the U.S. Market. Having shared bills with heavyweights such as Emmylou Harris and Brad Paisley, Pettersen is fast becoming a proven entity in this world, and her latest release only adds to this.

‘Wildhorse’ pushes the boundaries of what may be considered an Americana record. However, it retains a certain Nashville given integrity throughout. This is partly due to the stellar cast of musicians, but also because of Pettersen’s long-running love affair with music city, it is a place which has played a part in every element of her development as a singer-songwriter.

The singles, ‘Wildhorse Dream’ and ‘Hometown’ show Pettersen’s more commercial side, yet they still display the key elements of her individuality, her slightly left-field choice of lyric delivered with a 70s west coast cool vocal. These components bring something different to the album and allow it to stand out against the sheer volume of new releases in this genre. Whilst the stylings of ‘Particles’ and ‘Holding Lonely’ are not instantly engaging, the charming mixture of flowing vocals and dream-like piano soon develop them into firm favourites upon a second listen. ‘I Don’t Care’ deserves a special mention, an understated ballad which is a masterclass in how to deliver a song with a captivating effortlessness. This facet of her artistry is extremely attractive.

The instrumentation and arrangements set ‘Wildhorse’ aside from her earlier solo efforts, there is a strong sense of fun and well-considered experimentation throughout the record. Stand out moments include the excellent pedal steelwork on the opening track, and the virtuosic guitar and keys solo on ‘Let’s Go Out’.

Malin Pettersen found her voice as a singer-songwriter well before ‘Wildhorse’. However, her latest offering seems to have really drawn out a lot of her quirks and placed them centre stage for all to see, which makes for an extremely enjoyable interesting listen. Overall a good mixture of instant ear candy, deep cuts and introspective moments throughout.

Pettersen's own brand of Americana shines through