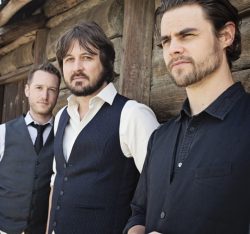 Following their 10th anniversary last year, the UK’s first major Americana festival has announced further additions to its 2018 line up, including an act who’ve been pitched as “the most talked about band in  Memphis” Southern Avenue, whose style embodies their home city’s soul, blues and gospel traditions. Texas-raised Bonnie Bishop is also heading to Suffolk along with Lachlan Bryan and The Wildes, who bring with them rising Aussie star Imogen Clark. Not forgetting the UK talent, Maverick is also welcoming Brighton based band The Mountain Firework Company to the festival this year. The acoustic five piece have been described as” A bitter sweet country cocktail… on the rocks “

The festival has also announced a special feature in this year’s programme celebrating music from Hawaii and its contribution to Americana. The programme includes Maverick favourite Hank Wangford, who will be sharing tales from his days on the trail with the paniolos, Hawaii’s very own cowboys, and BJ Cole and his band who will debut tracks from their new album, showcasing the slack key guitar and featuring the Hawaiian singer and dancer, Kehau Kahananui.

The festival takes place from Friday 6th – Sunday 8th July – head to their site for tickets and more information on the full line-up.