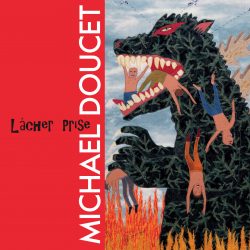 America is big and America is a melting pot. This has important implications for Americana music because, despite centuries of diligent stirring, there are some spots in that melting pot where things have burned just a little too hot and bits have gotten stuck to the bottom. Towns like Nashville, Austin, and Bakersfield jump to mind as shining examples of how this has been a good thing for the musical stew.

There might be no single spot more important to what American music is and what it has been than the original hot spot – the Mississippi Delta, New Orleans, and the surrounding area. Michael Doucet has been a steward of the music that defines that region for decades. His newest project “let go” of the structures that separate Cajun music from other styles to embrace the freedom that comes with making music for the sake of having fun. The result is an album that blends and stirs the different schools of musical thought that run along the Gulf Coast into an all-access tour.

From zydeco inflected romps to baroque-tinged meditations, Doucet and his co-conspirators follow the music wherever the inspiration leads them. No survey of this landscape could ever hope to stop at every landmark but this collection of songs does more than enough to whet the appetite for more that will hopefully come soon.

Another side of Michael Doucet