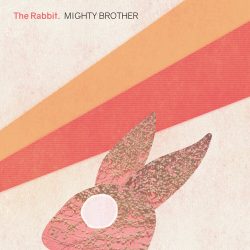 This double album promises to explore the “emergent theme of duality”. Taken together the two records probe the same concepts from different perspectives. ‘The Rabbit’ is joyful mix of indie rock, folk and some funk. ‘The Owl’ is an altogether more daunting experiment that at times veers towards 1970s prog rock. Mighty Brother is a five-piece indie/folk band based in New Orleans formed around founders and core writers Nick Huster and Ari Carter. Musically their comparators are as diverse as Grizzly Bear, Radiohead, Bon Iver, the Decemberists and the Avett Brothers.

‘The Rabbit’ would make ideal dance music for a summer’s day. With its cheerful brisk tempo ‘Summer Road’ is cooling music for hot temperatures. The vocal harmonies of ‘Monkey Bars’ are uplifting with a sax line firmly in the band’s New Orleans home. ‘Patchman’ is folk/roots. So far so accessible but towards the end, the rock of ‘Icarus’ and experimental jazz tilt of ‘Vandal’ give a taste of what is to come on the next record. 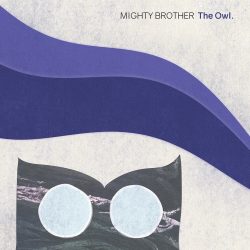 ‘The Owl’ is the polar opposite. ‘Naked Winter’ is as cold as the title might suggest, a theme continued in ‘Desolate’. Throughout, Huster and Carter’s harmonies and just musically, ‘The Owl’ is full of the Fleet Foxes. ‘Escape Velocity’ is a long way from the sunny vibe of ‘The Rabbit’ and underscores a sense of introspection that defines the record. Similarly there is a tension underlying ‘Villain’ that is absent in its opposite number ‘Vandal’.

‘The Rabbit’ is confident and optimistic in sharp contrast to the solemn, brooding rumination overlaid with vulnerability that characterises ‘The Owl’. If that is what Mighty Brother means by “duality” they have achieved their objective. If not, this reviewer has missed the point totally.