Believe it or not, there is an Israel in the world that doesn’t kill unarmed protestors with an eerie regularity and he’s much more fun to spend some time with. Texas’ genre-bending rock ‘n’ roller Israel Nash has announced his fifth studio album ‘Lifted’ which Loose (the label he’s on these days) describes as “a modern-day hippie-spiritual, which finds Nash continuing his tradition of creating a sonic landscape that is at once both vast and intimate – soaring and untamed at times, placid and sincerely personal at others.” Nash is accompanied by his longtime band, with arrangements by Jesse Chandler (Mercury Rev, Midlake), horns by members of Austin’s cumbia/funk compadre’s Grupo Fantasma, and strings from Kelsey Wilson and Sadie Wolf (Wild Child), Nash, alongside co-producer and engineer Ted Young (Kurt Vile, The Rolling Stones).

‘Lifted’ opens with an extended instrumental introduction before blossoming into lead single ‘Rolling On’ which you can hear below. The track acts as the album’s manifesto, an anthem of urgency, encouraging the listener to “let go of yesterday’s troubles and move forward with positivity” (perhaps a bit easier said than done if you’re on universal credit but there you go!) Here’s the album coverart which is rather ace. 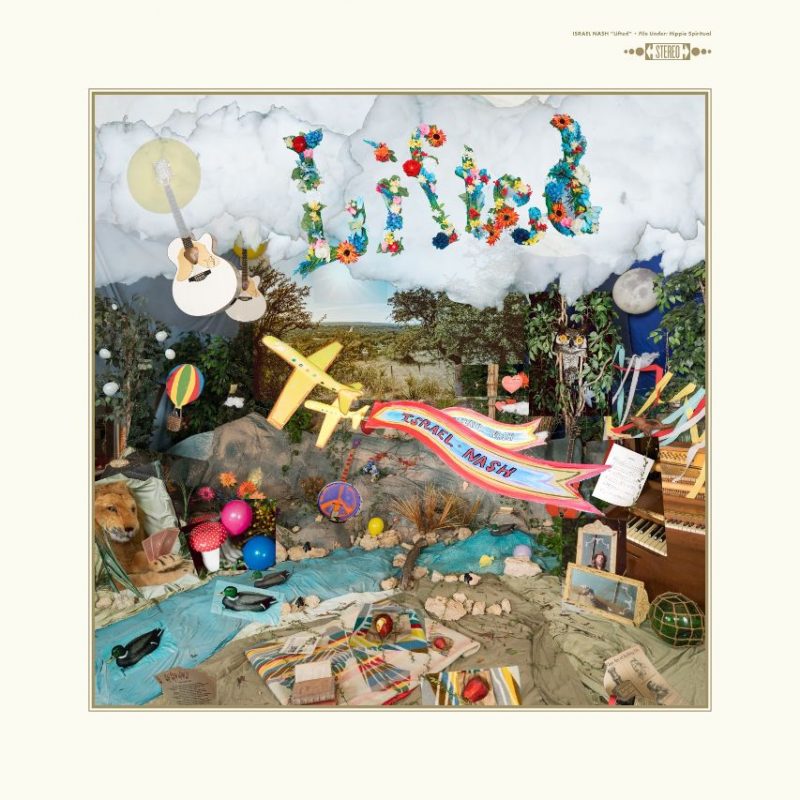 Of the record Nash said: “It’s all about finding, searching for little sparks of inspiration. It may be a sound, a groove, a colour, or even an object. Old things are inspiring. Whatever it is, when you find it, it spreads like a conflagration that is out of your control. It doesn’t matter if you’re making a record or living your life, find these inspirations with a vigil eye and watch them change both you and your world.”