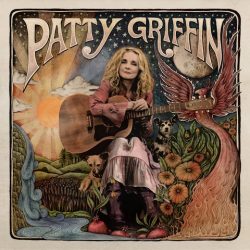 For her tenth album, Patty Griffin returns after personal crisis with a work of reflection, both deeply intimate and deflective. Rarely specifically autobiographical, Griffin sings tales of others’ longings and travails, exploring women’s concerns and men’s outlooks. Much of this, though, is oblique displacement of her recent experiences, and the songs need to be searched. Her cancer is specifically mentioned once, briefly, in ‘Coins.’ Reflections on life and contemplation generally is a more frequent theme.

A home produced album, with selected familial collaborators, its styles/idioms are fitful. Gentle flamenco, Celtic balladry, gospel, New Orleans blues sit between simple acoustic. The tone, however, retains a sense throughout of melancholy, turning to sombre. Some of the tracks barely contain a melody, being more moodscapes. Whilst not explicit, Griffin’s recent life experiences inform this work as they were written either during treatment or recovery. Her treatment briefly led to voice loss, and she says “It got me thinking that when you’re not singing you don’t exist, your identity goes away, and when I lost my voice entirely that is what it felt like. It was only when I got cancer that I realised how much I had allowed being a singer to define me.”

Her voice returns slightly more throaty, slightly sibilant and nasal, and ideal for the bluesier songs, especially the Bessie Smith inflected ‘Hourglass’. Other voices invoked are the pain of Billie Holiday, and frequently the likes of Edith Piaf. ‘Wheels’ is the only big track, a driving, stomping tale of injustice. The album finishes with quiet tracks of contemplation, ‘What I Remember’ and ‘Just the Same.’ Griffin says “As a female singer you get older and lonelier, and you start thinking ‘What am I still doing here?” This is Griffin’s first eponymous album title, and of her previous records, the one it most resembles is, aptly, her debut, ‘Living With Ghosts.’  Intentionally or not, this is an album of both introspection and rebirth.

Songs for still being here