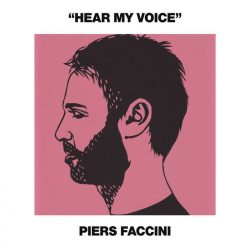 Based in the south of France, Piers Faccini runs a label called Beating Drum and has released a series of EPs featuring singular singer songwriters from around the globe. For the fourth instalment, Faccini features himself which, given he’s the boss, is his prerogative. That said, the four songs here are all fine in a very laidback, crepuscular folk style.

As befits a vinyl release, it’s a tale of two sides. The first two songs have string arrangements and drums from Ken Coomer. ‘Could Have Been You’ has that autumnal sound one associates with some early seventies singer songwriters although the following ‘Hope Dreams’ is just a little too soporific. Flip the disc and there’s the very fine ‘Angel Of Mercy’, a song which has the bedraggled romance of Scott Walker without his attendant melodrama, while ‘Say You Don’t Know’ treads the path of that new weird folk movement from a few years back. If you’re a fan of James Yorkston then you’d probably enjoy this with its wheezing harmonica and sense of haar.