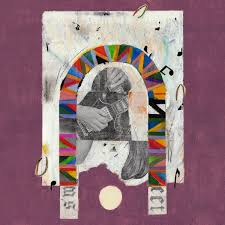 Psych-folk from Portland, Oregon? Why the devil not. Nate Wallace is the fellow behind the eponymously titled record. Now Nate has probably the most nasal voice you could ever imagine, which might be a bit too high a barrier for some to get over. However the songs are slow, rolling Neil Young/Crazy Horse type affairs, and they’re mostly well written with strong choruses and poised, carefully crafted arrangements.

The record starts out with the conscious dark, brooding of ‘Billy #10′ – Wallace’s words are sometimes hard to discern, coated as they are in such a nasal delivery. At six minutes plus it’s a significant opening statement – elsewhere ‘Silence Around Doors’ just shades the minute-long mark. Wallace is greatly assisted throughout the record by Anna Verlet’s violin and vocals parts. She adds a great dash of melody to the sometimes ditch/dirge-like compositions. ‘Hold On Now’ is probably the closest to a sweet refrain that Radio Receiver offer up, with a woozy wobbly keyboard holding the song together. ‘Beach Blanket Babylon’ exposes the glitchy reel to reel machine used to record the songs – tape/pitch drift has been left in the mix and gives a travel sick/fever dream feeling that’s strangely compelling. Radio Receiver take the listener back to a hot, hazy desert night some place, some time in 1973. Your plaid shirt is dirty and torn, you’ve eaten or smoked something peculiar, and Wallace’s truck-fitted 8 Track is your soundtrack for the night.