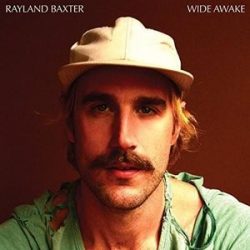 This album is wonderful musically, if somewhat inscrutable lyrically – at least initially. To write these 10 songs, Baxter set himself up alone in an abandoned rubber band factory in Kentucky, covered the windows, slept on a mattress and immersed himself in the creative process for three months. The music alternates between rock – propelled by thumping bass and drums – and softer folk. The themes involve life’s choices, both personal and political. The opener is the fully instrumented rocker ‘Strange American Dream’, and the album begins with the words, “Maybe I was born sick in the castle on top of the world/ Maybe the whole gang is better off making money out fighting a war/Terminal motion keeps spinning me around …   So I closed my eyes and realised that I’m alive inside this strange American dream.”

Not easy stuff to decipher. Your first thought is that either it’s brilliant or the guy went nuts – or perhaps a bit of both. You wonder if three months alone was just a little too long. But your humble reviewer left the album on autoplay for a while and everything started to make sense. Almost like a great novel, over time this album teaches you its own language. You understand. It sounds almost straightforward – even if you would not be able to explain it to someone else.

“This is an album about decision-making,” Baxter says. “It’s about being a human at the crossroads. Do I do good or do I do evil? Do I lie or do I tell the truth? Am I going to be happy or am I going to be sad? All of these questions and emotions are things I see in myself, and they’re the same things I see in everyone else no matter where I go.”

‘Cassanova’ has a funky beat, led by a syncopated bass line. “Money, all I ever want is money,” Baxter sings. “But I never want to work for the money, so I borrow the money from a woman. Can you believe I never met her?”

‘79 Shiny Revolvers’ has a softer tone musically, even if the words have a sharper edge. It is, as you might guess, about America’s obsession with guns. “Little you know, maybe you need one, one in your left hand and one in your right.”

‘Without Me’ is shimmering folk with fingerpicked guitar – a breakup song. “A thousand tears and you’ll be doing fine without me …” Baxter sings. “I never want to be alone but here I am pacing round my home.”

This is an album of many moods, both lyrically and musically. It may not be the most instantly accessible CD you’ve ever listened to. Its meanings open themselves to you slowly, like the petals of a rose. But it’s well worth your time.