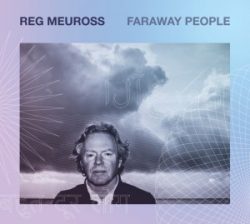 What’s the function of Folk music these days – does it have any place at all?  If its function was to hold a mirror up to society, then Meuross would have a place in this world. His songs are measured illustrations of the social crises that pockmark our nation, the gradual disintegration of society, the dismantling of the NHS, a government that drives the disabled to suicide, all important issues and all subjects of these songs.

Meuross’s songs are like political pamphlets, only they aren’t quite as useful as though they enumerate a myriad of problems they offer no solutions, and even if it isn’t the role of the folk-singer to provide solutions, a litany of problems delivered with just an acoustic guitar and only minor shifts in tone offers no real opposition, no real hope and not even cathartic release. Nor does it offer comfort or pleasure and if it offers none of these it does question whether this type of world-weary troubadour musings have any real function in this age. It is an approach that can be described as Luddite. This kind of folk music ghettoises itself, self-selecting its audience with the wilful use of nineteenth and twentieth-century tools to dismantle a twenty-first century machine. It is the very definition of safe, concentrating only on a small niche, the very essence of preaching to the converted. I am sure the audience will reflect back the same ideology, the same castrated response, and that is as safe and as reactionary as the politics that inspire the songs in the first place.

You might think that the role of folk music isn’t to hold anyone to account but to provide and outlet or entertainment, and again Meuross is hamstrung as the signifiers, the chords and the touchstones are both safe and obvious. Aside from the political songs, there are a few love songs that are delivered in much the same tone and there are lighter songs that feature Hank Williams, Bob Dylan, Elvis and Phil Ochs. Really. I have to remind myself that it is 2018 and worthy isn’t enough, and worthy is the word that best captures this record.

You might ask how a record with its heart in the right place that documents injustice can be given such short shrift. Don’t we need social commentators? Well there’s no joy, no anger, no humour, no inspiration and nothing to galvanise – it leaves the listener listless and depressed. This record is a dreary uninspired version of folk music that gave the genre a bad name in the first place. Sorry Reg, you mean well but that’s not enough and it never has been.