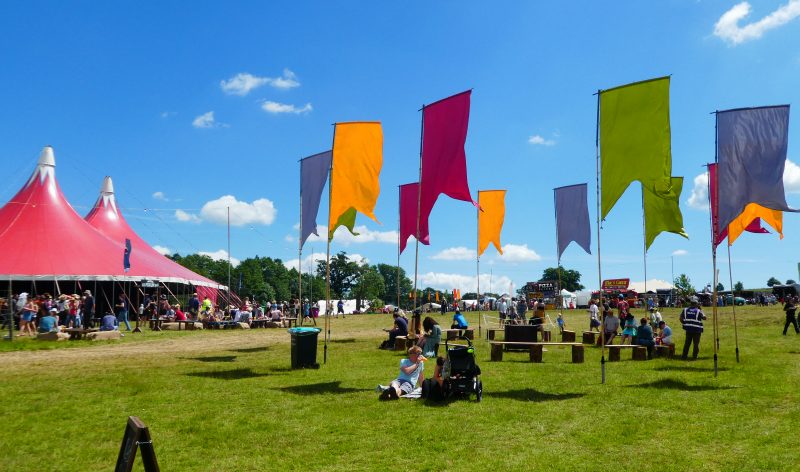 Update: Apologies for getting the county wrong originally. That’s Northerners writing reviews on Southern events for you. It’s difficult to be interested in americana in 2019 and not feel in some way political – even with a small p. Black Deer, an americana and country festival held in the stunning setting of Eridge Park in Kent (although the Deer Park itself is actually in East Sussex) is ostensibly a family friendly weekend out – an opportunity to listen to great music, eat some barbecued dead animal (vegan options available), sit on the grass and forget about the world outside of the festival security. It’s only in its second year and is already feeling like a key americana event for the UK community – the professionalism of the operation belies the fact that it’s one of the newer kids on the block. But this year, you just couldn’t help feel like as one of the UK’s festivals most connected with our US friends, it had something important to say and everyone including the punters knew that.

As with last year, where the festival excels is with the lack of barrier between audience and musician. Spaces invite a connection between artists and the people watching them. Nothing feels forced. Oh and then of course there’s the weather. Kent at the end of June is probably as reliable a festival as you’re ever going to get in the UK for sunshine. Basically the opposite of Green Man. Friday got things off to a nice start – there was no main stage as such but highlights included the ever youthful Kris Kristofferson playing a gentle but classic set with backing band The Strangers, John Smith’s effortless connection with his guitar which almost felt like an extension of his arms and of course the irresistible charm of Hayseed Dixie – half novelty band, half just great covers band.

Texan Ryan Bingham appeared on Saturday, as did more sunshine – the highlight of the day and for many, the whole festival, his set a heady mix of blues and roots. Irish Mythen was a revelation – a voice and face (and hat – there were a lot of hats) you really won’t forget in a hurry, and Jessie Buckley proved she can sing without a camera being shoved in front of her face. Headliners Band of Horses were energetic, sparkly and exactly the right choice for Saturday night, managing to avoid Iron and Wine’s “pitch clearance” set from last year. The only thing it was missing was someone (some two?) dressed up as Dobbin to prance round the stage. Band of Horses do need their own horse version of Bez.

From equine to canine, The Sheepdogs kicked things off on Sunday with a rocking set on the main stage, but there was sedate respite from Aussie William Crichton shortly after whose Nick Cave style baritone was another real discovery of the weekend: a cover of an anti-war song from a century ago bought many in the audience (including me) to tears. Memphis’ Lucero jangled and soared in the way they’ve excelled for the last 20 years, while Yola came on like a goddess with a guitar, having so much stage presence you can see why she could happily drop her surname. Covers of ‘Big Yellow Taxi’ are almost a rite of passage for songwriters these days, for some you wish it wasn’t, but she nailed it. Neko Case sounded fantastic, albeit a little tetchy (hey, it was Sunday night) and the Mavericks were as on form as ever – mariachi horns should almost be a requirement for any festival that genuinely claims to represent the americana genre.

It was Billy Bragg’s set though to my ears that was the highlight of the weekend, the best he’s played in years – so much passion, so much fun, such great songs. And it is the involvement of artists like Billy Bragg that make Black Deer standout from something like the more vanilla C2C. The slightly precarious looking axe-throwing cage with its distorted picture of Trump plastered against it. The badges and bags for Trans rights, the environment. The presence of LGBT artists. This was a diverse audience thinking about and enjoying music in an intelligent way. When Ryan Bingham sang in one of the few songwriting circles which took place over the weekend “There’s a racist man in the White House up on the hill”, you got the feeling he felt right at home with the Black Deer crowd. And to be a modern americana artist and ignore it would be like the elephant in the room.

As Billy Bragg said during his set, americana is basically country music for people who like the Smiths (their idiot-man former lead singer notwithstanding).  And the ethos of the weekend managed to get that vibe exactly right.  Black Deer has to tread that delicate line for any financially viable americana festival of having enough credible americana-tinged artists to give it a distinctive flavour while appealing to enough of the Chris Country crowd to broaden its reach, and so you do have to occasionally endure bands like the Shires, an experience akin to slowly being smothered to death with a baby blanket, but you always have the choice of something else of course.  Last year Black Deer felt like it was finding its feet (or hooves) – this year’s festival felt more expansive, more eclectic, braver. As an advert for the breadth and quality of americana, it’s a festival experience that can’t be bettered.

And some more photos below from Andrew Higgins!