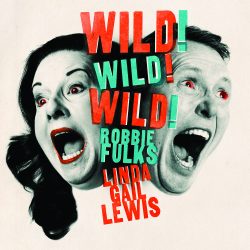 The energy on this record is unreal. The honky-tonk opening of ‘Round Too Long’ hits you like a train with LG Lewis’s autobiographical tales grabbing and shaking you to the core. Robbie Fulks (who produced here) takes the lead vocal for ‘I Just Lived A Country Song’ with passionate musing of excesses summarised beautifully with “I can’t recall the early 90’s.” The title track ‘Wild Wild Wild’ sees Fulks and Lewis sharing vocals with simply fantastic old school no nonsense rock’n’roll. You get a chance to breathe on the Django Reinhart influenced ‘Who Cares’ which is an absolute delight with some spellbinding gypsy jazz guitar work.

If Margo Price’s stories of revenge are your bag you will love ‘Till Death’ where Lewis tells of her graphic intention to kill her cheating lover. More gypsy jazz for ‘Memphis Never Falls From Style’ where homage and thanks are paid to this wonderful city. ‘Boogie Woogie Country Gal’ does exactly what is says on the tin and sees Lewis tearing it up.

Lewis’s vocals are faultless throughout this wonderful musical journey. It’s fair to say every track is a Killer (!). I absolutely loved this record. I’m pretty sure you will too.