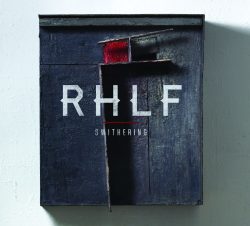 “Swithering” is an unusual title for and comes from a Scottish word meaning to be uncertain about things, which, according to Glasgow based Hart, summed up the album process for him. It was a different way of working as a songwriter whereby he would bring in ideas, lyrics and melodies and then collaborate with the band to form and shape the final product. Hence the album title.  It is an eclectic collection of songs and melodies, reflecting their new, experimental approach to song creation.

There are anthemic songs, classic tunes and some experimental pieces. Touches of Springsteen and Talking Heads permeate this second album. Their debut album caused such a stir that it was nominated for the Scottish Album of the Year award and came to the attention of U.S. TV host Craig Ferguson who re-tweeted the video of their single “Bright Light Fever” and they were subsequently invited to debut on The Late Late Show with Craig Ferguson and returned a week later for a week long residency, such was the reaction of the audience.

This new album includes themes of love, and birth and many other themes in between. A compelling collection of songs, suited live to a big stage. Undeniably radiating a Scottish identity, the first single to be lifted from the new album will be “Violet” which is available at the end of November. It’s a song written for the missing – people who just disappear from our lives and questions whether we truly knew them.

Well crafted, memorable and promising much, “Swithering” satisfies on many levels.