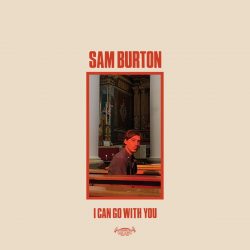 A moody, woozy debut album, given life in the salt flats of Utah. ‘Downer Folk’ is what the PR blurb calls it; quite succinctly put too. Drenched in echo, Burton’s voice is as sad as Orbison (but not quite as dramatic) and lost somewhere in time with Tim Buckley. There’s almost a Mazzy Star feel here, an intoxicated haze.  As a whole, the album feels quite appropriate given the grey, locked-down November vibe we’re experiencing right now. Sam Burton brings the weariness, and then some. ‘Why Should You Take Me There’  (no question mark) is a stand out track, the chorus ups the almost unspeakable sadness to a new peak, as the organ churns and gurgles behind Burton pain. ‘I Am No Moon’ is ushered in by violins and a galloping acoustic guitar which only serves to emphasise the super-slow motion despair. It’s fair to say that these songs are decidedly one-paced. Burton has his A Game and he sticks to it doggedly. But when it’s all about the mood, as this record is, then you can’t say that he’s a one-trick pony.

‘Wave Goodbye’ is Burton resigned, letting go of a broken past in the best Big O tradition. The acoustic guitar’s constant presence gives the song something of a raga feel.  Please, Dear Reader, do not go to Sam Burton if you wish to be cheered up – he’s really, really not going to do that for you. However, he’ll sooth your sadness and reassure you that you’re not alone. Which is what we all need sometimes.