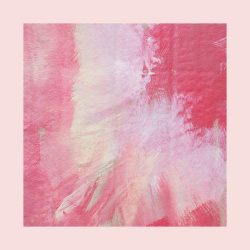 ‘Big in Norway’ might not seem like the kind of ringing endorsement that will have you reaching for your wallet to buy Signe Marie Rustad’s new album ‘When Words Flew Freely’; but honestly, you know what? It should. The Norwegians and their burgeoning Americana fan base clearly have an eye (and ear) for talent. Rustad was nominated for a Spelleman (Norwegian Grammy) for her second album ‘Hearing Colors Seeing Noises‘ in 2016 and she is without doubt a very accomplished songwriter.

Her formative years were on a farm in Norway, born to a Norwegian father and American Mother, and while it is probably fruitless to try to say what shaped her music it would be nice to think that there is a hint of crisp fresh air, of forests and bubbling icy rivers pervading and shrouding her songs. It might be the Danes that have cornered (and increasingly successfully marketed) the idea of hygge, persuading us that it is a culture. In Norway it seems more simply confined to being the word for “hug”. So be prepared for an aural cuddle – ‘When Words Flew Freely’ is musically comforting,  crafted exquisitely around piano, cello, restrained guitar and gorgeous, glorious, ethereal vocals that weave and loop through every song.

But at the same time as the album draws you close, it is narrating very personal matters and it is interesting to note that the album’s gestation was held back by a severe case of writer’s block. It probably isn’t too much of an insight to read that into the title track which revolves around a refrain of “When words flew freely way back when, come back, come back, come back again”. Elsewhere, on ‘Die With Your Boots On‘, Signe Marie reflects that “I guess The Best Music Don’t Come From Easy Living” but that “I won’t take my boots off anytime soon“. In interviews she says that it is her ‘don’t give up song’; that it is the album track with phrasing that is most recognisable as country-influenced showcases her writing versatility, entwining pathos and stoicism in a way that is recognisable but never stock.

There are many beautiful moments on this record, the intro to ‘A thousand Lights’ is understated and a perfect foil for a chorus that leaves space for a truly wonderful vocal performance. ‘We Belong Somewhere’ is a stirring piano-led ballad which could equally be at home as a musical soundtrack, followed by. ‘Something Easier’ which has a Kate Bush cello that almost pumps the chorus along and some brilliant, echoing vocals.

References have been made to Rustad’s songs echoing Judee Sill and Joni Mitchell, and the similarity is evident right from the off with ‘Red Light Calling‘. Such a comparison is a frame of reference, not a suggestion that these songs are a facsimile. Rather Rustad has woven 70s folk with Americana and made it modern and international – it is a first-class record.

Beautiful album of Scandinavian inspired Americana, do not miss it