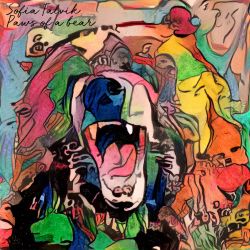 Scandinavia has been a major growth are for Americana in the last few years and one of Sweden’s contributions to that is Sofia Talvik. This is her seventh album but, truth be told, while her previous outings most definitely sit in the Americana camp this one is as much folk pop as anything else. It majors on melancholy, allying it to light and bright melodies and adding in multiple musical layers to create a very atmospheric and at times almost cinematic sound. With her delicate voice and quietly picked acoustic to the fore Talvik is by turns wistful, thoughtful and sweet across the ten songs.

‘California Snow’ (not the Dave Alvin song) is the pick of them, a road ode to that life and her husband, who travels with her and does her sound, though ‘Blood Moon’, a rare upbeat moment that tells of the American wildfire epidemic, runs it close. This is not an album for those who seek grit, noise or pace. Rather it is one of gentler pleasures, one that asks the listener for thought and concentration and both will be rewarded.