It’s all going on for the Sons of Bill as they announce the release of their new album ‘Oh God Ma’am’ which comes out on 29th June via our dear friends over at Loose. The first single taken from the album, which you can listen to below, is called ‘Believer/Pretender’ and pitched as a “sort of a meditation on continuing to make music in adult life; especially in a superficial cultural and economic climate that continues to devalue the arts”. Lead singer James continues: “There is this Chinese finger trap you can get yourself into in adult life where you’re never quite sure which part of you is still genuine and which part of you has learned to fake it– which part of you plays music just for the love of it, and which part of you just desperately wants to be loved. Especially in an industry town like Nashville where it feels like posturing is half of being an artist.” 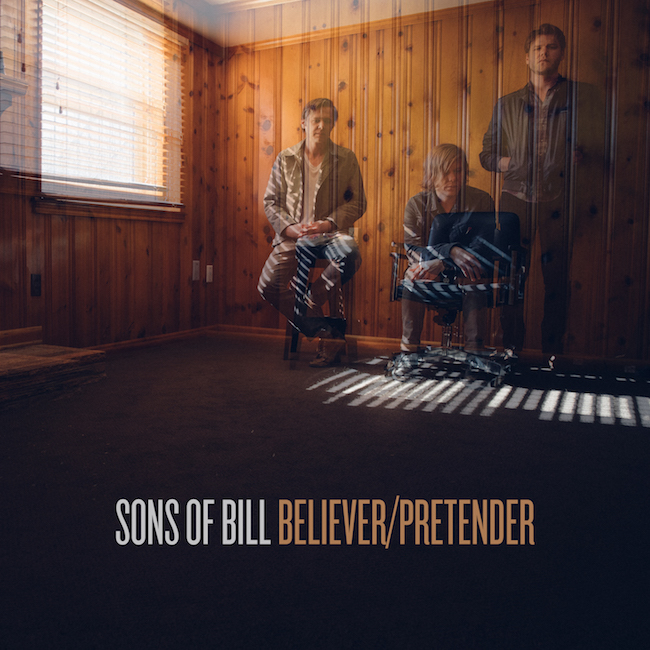 The new album was recorded both in Seattle with west coast indie legend Phil Ek (Shins, Fleet Foxes) and in Nashville with Sean Sullivan (Sturgill Simpson) and mixed by Peter Katis (The National, Interpol) the sound is described as “moving beyond the galvanic americana-rock comfort zone of previous efforts towards a darker, and more complexly layered rock record that manages to be the band’s most emotionally intimate and sonically expansive.  Insistent, dancey rhythms and dreamy, hook-filled, pyrotechnics abound, creating a deceptively anthemic mood around songs that are in and of themselves intensely introverted.” (which sounds scarily like the change of direction for the Mumfords’ “difficult” third album, don’t let us down Sons!)

Sons of Bill will tour the UK and Europe in August: