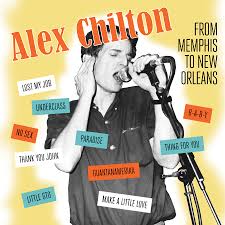 Now here’s a real treat – not one but two albums of previously unreleased tracks and forgotten gems from one of the great counter-culture musicians, Alex Chilton. Chilton was a true original and a great example of a musician who followed his own star rather than pursue simple commercial success. Starting out as a teenager he experienced stardom as vocalist for blue eyed soul band The Box Tops, whose early songs included compositions by great country soul writers Spooner Oldham & Dan Penn and Chilton retained a working relationship with Penn for much of his early career, being the voice that Penn preferred to demo his songs. END_OF_DOCUMENT_TOKEN_TO_BE_REPLACED 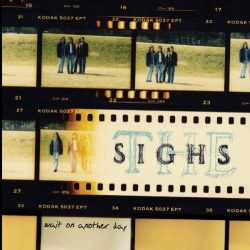 The third Sighs records arrives a might tardily 20 or so years after their last, and I’m tempted to say it’s worth the wait. The opener is a bit stodgy, then with Words Of Love a cavalcade of lovely harmony drenched power pop oozes into my ears. Thoughts of Another piles on the harmonies – it’s the kind of melancholy that makes sadness worthwhile. Even that though can’t hold a candle to the chorus of Words of Love, which really will have you scrambling back to your Big Star records. That’s followed by the title track that gets me all nostalgic for College Rock. Remember all those bands that sprung up around REM like Bleached Black, who made a record or two then disappeared? The Sighs have managed to return without sullying their reputation. END_OF_DOCUMENT_TOKEN_TO_BE_REPLACED

And if you think that’s just the name of a Jayhawks song, here’s a story on a band that will join the dots for you. Billboard reports: “Big Star will get another opportunity to reclaim a positive legacy next week during the music portion of South by Southwest. Few will forget frontman Alex Chilton’s unexpected death on March 17, 2010, just days before Big Star was due to perform at the festival. That show became an all-star memorial for Chilton, while friend and The dB’s co-founder Chris Stamey launched a series of concerts celebrating the 1978 Third album (later known as Sister Lovers) later that year. This year’s SXSW will see the launch of the new concert film Thank You Friends: Big Star’s Third Live…And More, captured last April at the appropriately selected Alex Theatre in Glendale, Calif.  END_OF_DOCUMENT_TOKEN_TO_BE_REPLACED