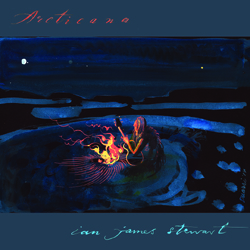 Cast your mind back to the eighties and the age of poodle haired AOR (Album Orientated Rock) bands and it’s the likes of Foreigner and Journey who come to mind. Some delving reveals that a bunch of Scots lads, under the name of Strangeways, were serious contenders back then although they just missed out on the big time. They’re still a going concern but the reason for mentioning them is that their guitarist (and sometime lead singer), Ian James Stewart, has released his second solo album, Articana, an album far removed from chest beating arena rock. Heck, even Robert Wyatt appears on it. END_OF_DOCUMENT_TOKEN_TO_BE_REPLACED