Here’s the lovely new animated video for ‘Read Between the Lines’ by the fabulous Jerry Leger. Produced by Michael Timmins of the Cowboy Junkies, the song is reminiscent of 1960s pop and rock with echoing backing vocals and soaring, melodic singing from Leger. It’s taken from his recent studio album, ‘Time Out for Tomorrow’.  This is what AUK had to say about the album: “A masterful example of Americana songcraft and accomplished musical performance.”

Canadian singer-songwriter, Jerry Leger, is someone who has been on our radar since the release of his excellent double album, ‘Nonsense and Heartache’ which first came out in Europe on Michael Timmins’ label, Latent Recordings, in March 2018. END_OF_DOCUMENT_TOKEN_TO_BE_REPLACED

A week today it’ll be Christmas and you’ll open up that gift box of three different Lynx deodorants as you surreptitiously check to see what condition it’s in, in case you can regift it to someone else on Boxing Day. You could save yourself that deflated feeling by looking through our writers’ list of the albums which have meant the most to them over the last 12 months, and then just ask for them. You might be sweaty but at least you’ll have Nick Cave nestled under your arm. Without further ado, here’s part one of our top albums of 2019. END_OF_DOCUMENT_TOKEN_TO_BE_REPLACED

There are many adjectives you could use to describe Jerry Leger, but one word that immediately springs to mind is “prolific”. ‘Time Out For Tomorrow’, released on the 8th of November, is the 9th studio release from the talented Canadian since he turned 19 years of age, along with three more albums with his side projects, The Del-Fi’s and The Bop-Fi’s. It’s also arguably his finest work to date. Of ‘Time Out For Tomorrow’ his producer Michael Timmins (founding member of the Cowboy Junkies) said: “..it’s the 3rd (album) in a row that I’ve had the pleasure of producing. In my opinion it’s the most precise example of his craft and vision so far. It’s lean, mean and a beautiful collection of songs and sounds.” END_OF_DOCUMENT_TOKEN_TO_BE_REPLACED 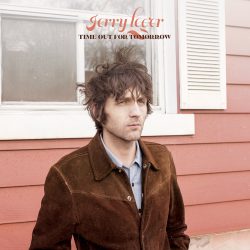 Smart lyrics: check. Characterful vocals: check. Masterful musicianship: check. Sublime songcraft: check. For many listeners, a Jerry Leger album is the very definition of Americana. Since his 2005 debut, Leger has been hugely prolific while managing a remarkably consistent quality in his output. ‘Time Out for Tomorrow’ is no exception, finding Leger and his band, The Situation, in fine form. The album is lean, focused and coherent, both musically and thematically. END_OF_DOCUMENT_TOKEN_TO_BE_REPLACED

Canadian singer-songwriter Jerry Leger has announced the release of a new studio album ‘Time Out For Tomorrow’ due on November 8th via the Cowboy Junkies’ record label Latent Recordings. The third consecutive record produced by the Junkies’ Michael Timmins, the album unveils ten portraits of the impermanence of life, love, or simply catching a glimpse of a shooting star. END_OF_DOCUMENT_TOKEN_TO_BE_REPLACED

Ahead of his UK and European tour with two members of his band, The Situation, Mark Underwood of Americana UK sat down with Canadian singer-songwriter, Jerry Leger to talk about the forthcoming shows and his latest release, the retrospective compilation, ‘Too Broke To Die,’ released to coincide with the tour dates. END_OF_DOCUMENT_TOKEN_TO_BE_REPLACED

Following a successful first tour of Europe last year, Canadian Jerry Leger returns to the UK for a series of shows with Dan Mock on bass and Kyle Sullivan on drums – both players in Jerry’s band, The Situation. To coincide with the tour, Jerry has released a compilation titled ‘Too Broke To Die: A Retrospective 2005–2019’ which came out on March 29th. END_OF_DOCUMENT_TOKEN_TO_BE_REPLACED

Although it isn’t even the end of April yet, here at Americana UK, there’s already fairly widespread agreement that the whole of 2018 is unlikely to throw up a better album than Jerry Leger and The Situation’s new record, ‘Nonsense and Heartache.’ For someone who’s only just turned 33, Canadian singer-songwriter, Jerry Leger, has already enjoyed a musical career spanning some 13 years and 10 albums. Name-checked by none other than Ron Sexsmith as “one of the best songwriters I’ve heard in quite some time,” ‘Nonsense and Heartache’ came out earlier this year on Michael Timmins’ (of Cowboy Junkies fame) Latent Records label. END_OF_DOCUMENT_TOKEN_TO_BE_REPLACED