Well we haven’t had a piece for a while (lots of things going on but people are staying safe, thankfully) so the ‘developer’ of this feature is going to put his own ten pence worth in. We hope you, dear reader, enjoy this latest instalment of “What Is This Americana Thing Anyway…” END_OF_DOCUMENT_TOKEN_TO_BE_REPLACED

Back in 2005, Josh Rouse released an album called ‘Nashville’ which along with its predecessor ‘1972’ (great year) many consider to be the greatest musical achievements of his life – laidback almost dreamlike in its production, it was one of those albums for me that I could just listen to on rotation over and over again (and I did, much to the irritation of my then partner).  While it’s difficult to highlight a single track, ‘Streetlights’ still makes the hairs on the back of my neck stand up – just listen to that production. According to the YouTube comments underneath it, this is at least one person’s “most favorite song on the planet”. 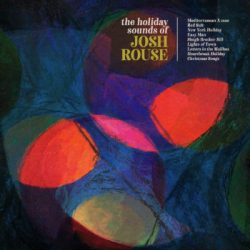 Josh Rouse is the master of intelligent soft rock with a West Coast twist. Over the last couple of albums he appears to have lost his mojo somewhat but this collection of songs, old and new, celebrating the festive season, really marks a return to form as he ploughs his traditional furrow of slightly jazz inflected guitar based songs.
END_OF_DOCUMENT_TOKEN_TO_BE_REPLACED

One of the most under-rated Christmas films of all time is ‘Jingle All The Way’ which currently has 17% on Rotten Tomatoes. We say that by way of introduction to news that Josh Rouse is to follow up his 2018 LP ‘Love In The Modern Age’ with a collection of original festive songs that have been nearly a decade in the works. ‘The Holiday Sounds of Josh Rouse’ is due for release November 1st and to announce the release Josh is now sharing a video for the first single, ‘Mediterranean X-Mas’ which you can watch below as the sun cracks the flags. END_OF_DOCUMENT_TOKEN_TO_BE_REPLACED

We leave you this week dear reader with a surprise new single from Josh Rouse who describes this as a tune “In time for your summer playlist… a new single. I Miss You is the first collaboration between myself and singer-songwriter Tim Fagan.” Of which on the basis of this track we hope there’s more. We’ve missed you too Josh. Have a good one. 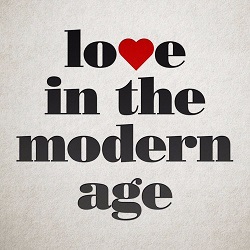 Everything changes, everything stays the same – so Josh Rouse is still writing songs that look at the world from a slightly oblique angle but the soundtrack has changed a little. Strong opener ‘Salton Sea’ throws some funky uptempo synthesizer and chipping guitar into the mix – to create a sound not unlike something from the current release by The Decemberists. Everyone’s playing with their musical palette this year – to different levels of success. END_OF_DOCUMENT_TOKEN_TO_BE_REPLACED

Josh Rouse today releases ‘Salton Sea’ online (listen below dear reader), the third track off Rouse’s new album ‘Love in the Modern Age’, which comes out April 13th on the Yep Roc label. Calling the album “a sterling collection that is joyous, upbeat and, most importantly, feels completely authentic,” Forbes website said: “There is no retro gimmick to Love in the Modern Age. This is a masterful storyteller celebrating the nostalgia of his youth with his own feel.”  END_OF_DOCUMENT_TOKEN_TO_BE_REPLACED