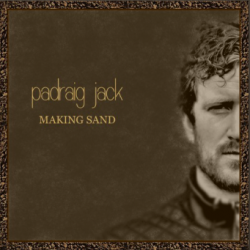 Padraig Jack was born ten miles off the west coast of Ireland, on the Aran islands, and lists these surroundings as one of his greatest influences, along with James Taylor, Van Morrison, Shane McGowan, and The Eagles. Jack’s father, Barry Ronan, is a bilingual songwriter, and Jack has carried on this proud tradition – writing and performing songs in Gaelic as well as English. Jack is carving out something of a reputation in Ireland, with a host of television appearances, as well as some high profile tours supporting Sharon Shannon. His Gaelic language songs are regularly played on the national Irish language radio station RTE Radió na Gaeltachta. END_OF_DOCUMENT_TOKEN_TO_BE_REPLACED