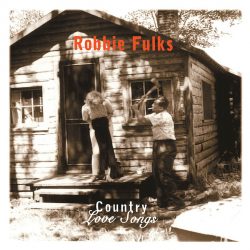 It’s late July 2019 and my latest Bloodshot records update drops through the electronic mailbox. My excitement is palpable. Finally, after 23 years, one of the finest records ever to pass through my CD laser beams was coming out on vinyl and I would be able to hear (and smell!) it in its full glory.  Robbie Fulks’ ‘Country Love Songs’ was about to become only the third album in my entire accumulation deemed so special as to be purchased on more than one format*. END_OF_DOCUMENT_TOKEN_TO_BE_REPLACED

Given the way in in which people typically consume music nowadays, all too often the lyrics are sidelined, if not completely overlooked. But great lyrics are often what make the best songs truly memorable. The following is the first in an occasional series about songs with great lyrics. Mark Underwood explains what makes the following 10 tracks so special. END_OF_DOCUMENT_TOKEN_TO_BE_REPLACED

Robbie Fulks, who was nominated for two 2017 Grammy Awards last year, has announced details of a new album ‘Wild! Wild! Wild!’, a collaboration with rock-and-roll royalty Linda Gail Lewis, which arrives August 10th on the Bloodshot label. The album is described as “Americana music that’s as butt-shakin’ as Beale Street, deep-rooted as the Grand Ole Opry, and hip as a trip to The Strip. Subversive as it is reverential, the album jumps the genre tracks of nitty-gritty rock-and-roll, country-and-western, rockabilly, jump swing, and gospel, landing in a strange slice of spacetime—call it 1954—when all these were One (and Linda was 7).” END_OF_DOCUMENT_TOKEN_TO_BE_REPLACED