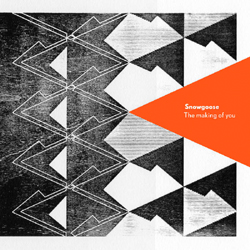 Back in 2012, Snowgoose created some significant ripples in the Scottish music scene when they released their debut album. Based around the crystal clear vocals of Anna Sheard and the song writing skills of Jim McCulloch and backed by a who’s who of indie Scots musicians, the album, ‘Harmony Springs’, was hailed as a worthy successor to the likes of Pentangle and Fairport Convention. Eight years later and Sheard and McCulloch weigh in again with ‘The Making Of You’, an album which eclipses its predecessor in many respects. END_OF_DOCUMENT_TOKEN_TO_BE_REPLACED