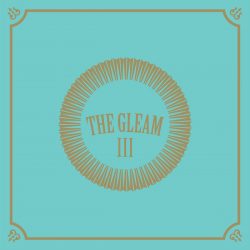 The latest in their series of in-between-albums albums, ‘The Third Gleam’ (clue is in the title of how many there have been in the series) from The Avett Brothers continues to take a breather from the chaos and madness of our current world and also perhaps from the responses to the recent inclination to the poppier styling of their ‘regular’ music. Interestingly, the album was written before the world was ravaged by Covid-19 and then made to take a good look at itself in the light of the BLM movement and its aftermath, and yet a number of themes of the songs lend themselves almost exactly to many experiences of the past few months.

Stripped back to simple harmonies, guitars and bass (courtesy of their long-standing bassist, Bob Crawford) with the occasional banjo thrown in, Seth and Scott have produced songs which are “….merely the sound of my brother and I in a room singing about what is on our minds and in our hearts at the time”. Lyrically it feels like a stream of consciousness put to music, which, in the majority of cases, works well in a modern story-telling way. Mostly the themes are quite serious, to be expected, given how serious things are in the world right now. ‘I Should Have Spent The Day With My Family’, for example, tells the story of yet another shooting somewhere in the US “….and a child who lost his life/looked a awful lot like mine.” Although the song plays as a traditional folk song there are references to mobile phones and coffee making machines and the shooting of course, all giving it a contemporary feel.

‘Prison To Heaven’ infers that the true hell could be life on earth and the song could also act as a metaphor for some of the frustrations of being in lockdown long term….“If they tell me one more time to get in line/I’m gonna breakaway.” More darkness follows in ‘Back Into The Light’, feeling like you’re on the edge, could fall into the dark at any moment….“Sometimes I don’t see love in anything/And just when I surrender to my shadow/I snap out of it, and step into the light.”

Standout track is ‘Untitled #4’, which has a much lighter tone extolling the virtues of the simple life and how much happier everyone could be living with so much less….“Cause I’m happy being me the most/When I let what makes me happy go/And I finally learned what I need to know/I am happier with nothing.” Once again simple guitars and harmonies, gently pushing along, perfectly in sync with the feeling of the song.

A light-hearted attempt at praising women in general is made in ‘Women Like You’, underpinned with the waltz timing and sing-song style of the vocal. However, a whole verse describing how good ‘she’ looks in various garb, including “….t shirt, all stars and jeans/look good all done up in make up and bling/look good in pyjamas and sharp tailored suits/look good in dresses and cowboy boots” doesn’t somehow fit comfortably with the rest of the record.

The themes of isolation, religion, resilience, confusion, self-reflection and hope all set to unpretentious songs and production go to make an enjoyably listenable album, albeit flawed in parts. One last thing….only eight tracks, so not wishing to get into another ‘Closer Than Together’-gate, their last outing which proved to be quite polarising, even here at AUK Towers, does this make it an EP or an album?

Maintaining the Gleam standard 14 years on