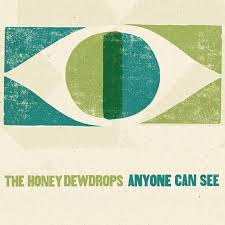 The Streets of Baltimore may have proven the downfall of Bobby Bare and Tompall Glazer but they’ve struck lucky for us, dear AUK reader, with the sweet nectar sounds of The Honey Dewdrops. There are scant more than acoustic guitars and vocals throughout this, their fifth album. However, when you’ve nailed the blend as well as duo Laura Wortman and Kagey Parrish clearly have, scant else is required.

It’s quite possible their deft vocal and guitar skills are familiar to you already, this being their fifth album. Opener ‘More Than You Should Say’ is a breezy regret ballad, if such a thing can exist. Wortman takes the vocal lead here; the songs are probably at their most engaging with her at the helm, though Parrish runs her a close second. You can hear echoes of ‘Simon and Garfunkel’ perhaps in their harmonies and melodies. Maybe also the pre bleepy, electronic output of ‘Everything But The Girl’. Parrish really shines on vocal duties when Hank Williams’ ‘Ramblin’ Man’ gets an airing, mixing in a little eerie menace from the harmonies, juxtaposed against Hank’s original pained howl of resignation. ‘Welcome To The Club’ sparkles with fingerpicked chords and a tale of how to overcome heartbreak in today’s world (get your ass into a yoga class!). ‘Ecola’, an instrumental, is buoyed by banjo and ethereal guitar harmonics: it’s an interesting counterpoint to their vocal stock in trade.

Closing track ‘Easy’ is woozy and sleepy as the voices roll along over the strummed chords. The regret is inevitable but caring and soft, ‘You’re gonna let me down easy.’ The Honey Dewdrops make it really hard for an Americana fan not to fall for their charms.