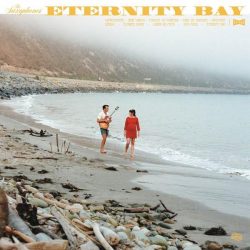 Sometimes I get passed an album that is so well written, so beautifully put together and so perfectly delivered, that it makes me feel like a couch potatoes whose corpulence has forced him to wear slip-on shoes for a decade or two, angrily telling their TV that the 21-year-old athlete playing for the team he supports isn’t fit to wear the shirt. I mean, c’mon. I don’t even like saxophones.

The Saxophones, though. Husband and wife, plenty of vibes; subtle, well-placed saxophones, immaculate jazzy atmospherics; a little like Twin Peaks or pre-rock n roll pop music similar to Richard Hawley which, while not immediately this parish’s take Americana, does invoke images that are most definitely American. Like dimly lit, smoky bars and speakeasies, gumshoe detectives from pulpy crime novels, streets yellow-lit, trilbies, fedoras and dames, so while The Saxophones are resolutely out of time, they are Americana, just in a less arcane and more of a mid 20th century kind of way.

It’s a wonderful and enormously impressive album, delivered slowly and slowly burning, with nods to Spain (the band), Sinatra, surf twang guitar and David Lynch and while it’s not the collection of Wicked Games I’ve long longed for, with tracks as good ‘New Taboo’ and ‘Anymore’, it doesn’t matter so much as the standard on this, their second album, is so high and consistent across the album’s ten tracks. Worse albums by more popular acts will get more praise this year, but scratch the surface slightly and you’ll discover a stone cold gem.

There's more to Americana than beards