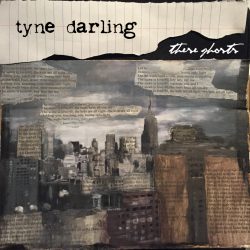 Tyne Darling is not a real person but the musical and stage moniker for Tommy Vollman, a writer and artist and it appears the subject matter of a forthcoming book. The songs apparently are a companion to various short stories that Vollman has written and cover a range of ambitious but somewhat ambiguous subjects. For example the promotional material provided suggests that Red-Letter Holiday and Come All You Ghosts offer “a no holds barred examination of the nature of rebellion and its polemic resistance.” Quite.

There are nine tracks here written by Vollman and they are all very similar in style and sound. The vocal delivery is powerful and rock orientated and akin to the American rock artist Daughtry and is very much of that genre and fine if that is your thing. However, perhaps because of the fact that this is an album from a fictional character, there is little by way of warmth and sincerity on show and it is overall a disappointing listen.

Rock orientated album from fictional artist which fails to ignite