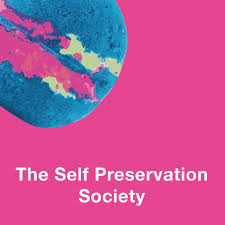 What we have here is a batch of songs from the late sixties and early seventies re-interpreted by various artists, the majority of which are most closely associated with the Nu-Folk genre. This is a real old-school style compilation album; lots of recognisable tracks covered by artists you wouldn’t usually associate with the song’s original musical style. And it’s a great batch of songs from artists like Cream, The Zombies, The Nice, Led Zeppelin, The Byrds, Leonard Cohen…the list just goes on and on. And then there’s the artists doing the covers – Eliza Carthy, Teddy Thompson, Jackie Oates, The Imagined Village, Marry Waterson; again, the list goes on and, again, it’s an impressive one.

What’s particularly notable about this record is the quality of its production and presentation; and in that it most certainly isn’t old school. ‘The Self Preservation Society’ is issued as a triple vinyl album, pressed on high grade, heavy vinyl, it’s packaged in a beautifully produced gatefold sleeve along with extensive sleeve notes on the songs and their origins. It even comes with an additional copy of the album as a collection of high-resolution sound files contained on a special USB stick incorporated into the packaging.

It’s an impressive release that was, apparently, three years in the making and it’s a very good showcase for music talent past and present. So where does this elaborate piece of music making come from – and thereby hangs a very interesting tale. ‘The Self Preservation Society’ is a labour of love by Lush co-founder Mark Constantine, who personally curated the album. Yes, this excellent collection of music has been put together by a cosmetics company! The album is released on Lush’s ECC Label, initially launched as an outlet for the music commissioned for their spa treatments, but this latest release marks a shift in thinking, taking their music out of their own shops and into the record stores for the first time. It’s an interesting idea that we’ve seen from other retailers, such as Sainsbury’s and Starbucks, who also launched their own music labels, but the Lush approach seems to be a more creative one and, at present, more focused on a relatively non-commercial section of the music market. Their record label philosophy would seem to reflect the ethical approach of their cosmetics company.

It’s great to see non-conventional backing for young artists working in more esoteric music genres but how does the album actually stack up as music? Well, the good news is that it stacks up incredibly well – this is a really good album that needs to reach the widest possible audience. With 34 tracks spread over the six sides of the vinyl release, there’s really not the space to dissect all of them but some of the highlights include Teddy Thompson’s swaggering version of The Zombies’ ‘She’s Not There,’ Man Diamond’s energetic read on Focus’ ‘Hocus Pocus,’ complete with synthesised yodelling, an amazing version of Zeppelin’s ‘Kashmir’ from The Imagined Village, and Marry Waterson’s subtle and sensitive interpretation of Leonard Cohen’s ‘Hey That’s No Way To Say Goodbye’.

Another member of the Thompson clan, Kami, gives us the old Buffalo Springfield protest song ‘For What It’s Worth’ and there’s a great performance of Lindisfarne’s ‘Lady Eleanor’ from The Mighty Doonans’ Ben Murray, slowing the song down and really bringing out the power of Alan Hull’s lyrics – magic stuff. All this and we’re only scratching the surface.

Being a compilation album, ‘The Self Preservation Society’ will always be judged on the subjective assessment of the choices of artists and the songs that they are attached to. Most of the combinations here are very good and Mark Constantine is to be congratulated both on his choice of current artists and on the selection of songs  – the album has clearly been assembled by an enthusiast. Credit should also go to Simon Heyworth, who mastered the album and did an excellent job. Not all the tracks are as notable as the ones mentioned and there are one or two where the combination of artist and song seem awry. But, overall, this is a very solid contribution to the canon of great compilation albums. It will be very interesting to see where Lush and ECC Records go from here.