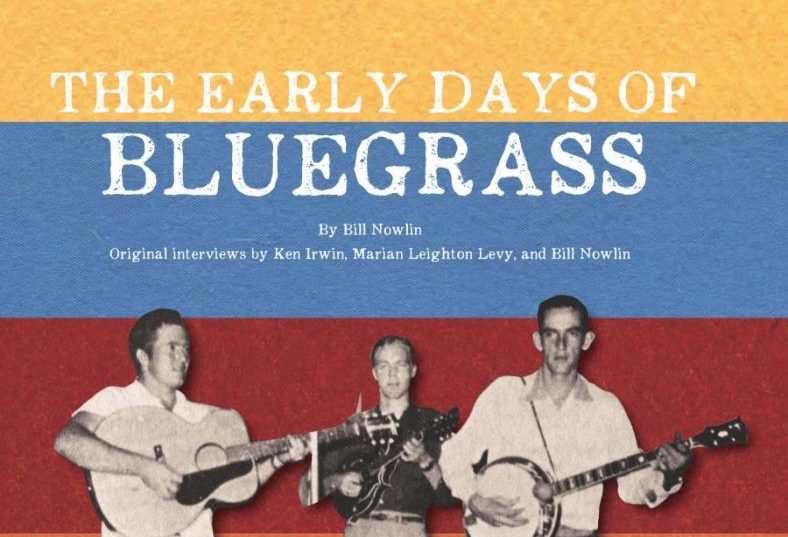 AUK have managed to get our hands on a copy of the 6 CD box set ‘The Early Days Of Bluegrass’ which we are pleased to offer as a prize in a special competition. The prize has been donated by The Bluegrass Country Foundation, an independent non-profit organisation founded in 2017 to provide financial and administrative support to Bluegrass Country, a bluegrass radio channel.

It was established to maintain the 50-year tradition of bluegrass radio when WAMU-FM decided to concentrate its resources on news, talk and public affairs programming, and discontinue financial support for its bluegrass channel.  Listeners, fans and supporters came together to establish the foundation, which took over the broadcast and internet operations of Bluegrass Country.

Officers and members of foundation’s board of directors are all volunteers, dedicated to preserving and growing the dynamic American roots music offered by 88.5 HD2 and bluegrasscountry.org.  The foundation depends on listener support.

‘The Early Days OF Bluegrass’ was originally a series of ten albums compiled and released by Rounder Records beginning in 1975.  The albums were produced by the founders of Rounder Records – Ken Irwin, Marian Leighton Levy and Bill Nowlin.

This is truly music from another time, music largely from the south-eastern United States created as America experienced rapid social change in the aftermath of World War II.  The 153 songs, almost all originally released on 45 and 78 rpm singles, evoke rawness, excitement, nostalgia, wistfulness, reverence for gospel, and exuberance.

There are dozens of artists represented, including full albums by Jim Eanes, the Bailey Brothers, the Saucemen Brothers, Bill Clifton, the Church Brothers and Connie and Babe.  Most of the musical selections were made by Dick Spottswood, who originated bluegrass programming on WAMU-FM and whose weekly show continues on Bluegrass Country radio.

These ten albums have now been released on a newly remastered, six-CD boxed set, with extensive liner notes.  Net proceeds from the sale of these CDs will go to the Bluegrass Country Foundation, to continue to provide programming for Bluegrass Country radio.

There’s also an accompanying 200-page book by Bill Nowlin, rich in detail about the musicians and the recordings, with many never-before published photos.

“You need this set.” Gary Reid, Bluegrass Unlimited
“Anyone with an interest in the history of bluegrass music will want both the box set and the book in their personal library.”  John Lawlesss, Bluegrass Today

To enter the competition, please send an email with “bluegrass” in the subject line to this email address before this Sunday (12th July 2020). One winner will be selected at random, UK entrants only sorry. And for those of you unlucky enough not to win the box set you can purchase the CDs and book directly from Bluegrass Country using PayPal at https://bluegrasscountry.org/