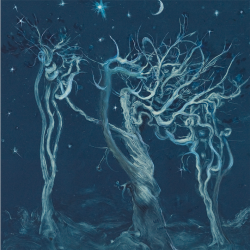 On first hearing “Heal” seems a slight, meandering work that’s difficult to pin down – but this is an album that rewards repeated listening. The band’s music is quite difficult to describe, but it’s more indie than Americana, and the band themselves are quite elusive. They originally came to prominence in the 1980s and toured with the likes of The Replacements and The Call but they don’t seem to have any real online presence and information on the current status of the band, other than that it is a fourpiece and originated in Kansas and Missouri, seems thin on the ground!

We do know that the band consists of guitarist Eric Harris, Brian Jones on bass and Steve Ritter on drums, and that they’re fronted by vocalist Bryan Plumlee, who also contributes on guitar and piano and is the band’s main songwriter. Beyond that very little information about A Picture Made is available but perhaps this is a good thing as it means the music has to speak for itself – with no real story to tell about the musicians it’s all about the music and, once you really start to listen to the album, the music is good.

‘Heal’ would seem to be an album united by a central theme – not so much a concept album as a conceptual one. There’s a recurring theme of healing running through the album, starting with opening track ‘Heal Me,’ a simple song featuring just voice and guitar that sets a tone for the album – “You gotta heal. I know you’ll be alright, don’t rush out into the night. Heal. I know you’ll get better if you don’t go out in this weather. Things aren’t gonna be like they were before.”

Midway through the album we have ‘Heal You,’  lyrically the same song but this is a full on rocker, a celebration of life where the earlier song sounds more like an appeal, a pleading. ‘Heal You’ has the full band taking the song at speed with some great distorted guitar and great harmony singing, a real contrast to the opening song. Keeping the theme going, the album closes with ‘Healed,’ this time a different song entirely but still with that same feeling of celebration – “Now that you’re better, well let’s walk out together. Aint gone be like it was before. Aint gonna be like it was.” Obviously someone in the band or someone close to one or more of them has had some problems – maybe an illness or fallen on hard times – and this album is built around association with recovering from difficulties and also about the healing power of friendship and shared experience, especially making and enjoying music. So we have tracks like ‘Music Is Love,’ almost a power ballad, celebrating the power of music and, in similar vein, ‘When You Get Down’ – “A little song that you sing. A little bell that you’ll ring. When you get down. When you get down”.

Many of the songs are quite basic and you wouldn’t describe Plumlee as a particularly outstanding songwriter – his songs are not very sophisticated either lyrically or in melody, but there is a charm in this simplicity. The album is shot through with positivity and that really comes across when listening to all the songs. It’s a well constructed recording but you have to wonder if the simplicity of the material will engage the listener over a longer period – though it seems likely that fans of the band from their early days will enjoy the new material it does seem a little lacking in sophistication for the current indie scene and it’s hard to see where a newer audience might exist for the band’s music. Good songs well played but the lack of a tangible identity for the band may prove a problem.