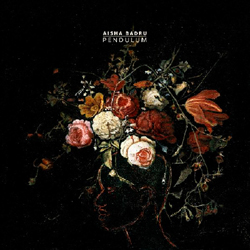 It’s really all Volkswagen’s fault. Back in 2016 they licensed a song from an unknown young singer to soundtrack one of their adverts. Pocketing the money, Aisha Badru, a Yonkers, New York singer-songwriter set about recording this album with producer Chris Hutchison who she found by Googling record producers, although the pair have never met. The album is swathed in strings and horns, exotic keyboards and expressive percussion, an all-enveloping backdrop for Badru’s wispy “ethereal” vocals. It seems to be popular with one song, ‘Navy Blues,’ racking up over a million Spotify hits.What it isn’t is Americana, at least in this writer’s opinion. Ms. Badru has an intriguing voice and sings excellently, on one occasion via a vocoder recalling Laurie Anderson, and her heart is certainly in the right place as she sings about environmental issues on ‘Fossil Fuels’ while ‘Mind on Fire’ sets out to celebrate the empowerment of women.  She writes well. ‘Just Visiting’ is a fine song which lyrically recalls some artists we’ve reviewed recently – Alela Diane and Courtney Marie Andrews – and initially, as she sings over a spare piano accompaniment it works well but then a welter of percussion and strings well up and drown the song. ‘Waiting Around’ suffers the same fate as Badru’s childlike vocal delivery is swallowed up by an overzealous string arrangement. ‘Fossil Fuels’ meanwhile has a positively annoying synthesised drum sound. Strip away these embellishments and one might have a serviceable bed sit album, a glimpse of which is heard on ‘Splintered,’ a Cohen like song of self laceration. The closing song, ‘Dreamer,’ actually works with its arrangement of weeping strings and swelling chorus with Badru singing about a morbid hypnagogic state.

Give the album a listen if any of the above appeals to you, but one suspects that the main audience for this music is people who are flocking to hear what we once called middle of the road artists. At least Ms. Badru writes her own material and is not reliant on a battalion of back room hacks.