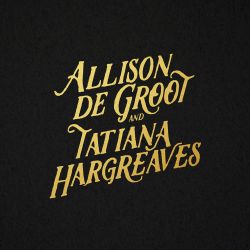 If you play with iconic figures like Gillian Welch and Bruce Molsky, as Allison de Groot and Tatiana Hargreaves have, then you’re probably going to be pretty good at what you do and so it proves on the duo’s debut album. Lots of people play old time music, quite a few people play it pretty well, but few play it as well as this couple.

The banjo (de Groot) and fiddle (Hargreaves) weave in and out, under and over each seamlessly and sublimely. Their playing and singing is crisp and fresh, not to say uplifting and there’s something distinctly invigorating about a listen to the album, a sort of sets you up for the day feeling. The majority of the songs are traditional, although often lesser known, which is refreshing, and the few covers slot in seamlessly. The pair know their traditions too as the liner notes demonstrate, detailing both the origins of the songs and how they came to them. They comment in the notes to ‘Eighth Of January’ that they hope it vibrates you. It surely does, likewise the whole album.

Fresh and invigorating old-time set from banjo and fiddle maestros