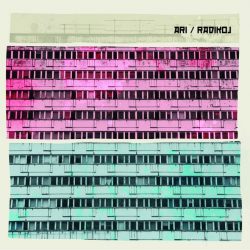 Icelandic Americana? As the genre evolves, the label becomes a useful tag, but ‘What Even is Americana?’ as The Milk Carton Kids asked us. To be honest, it would be a stretch to call this Americana, though it does have some typical instrumentation and familiar tone. It is though a very attractive listen, beguiling, clever, genuinely beautiful in part. Baroque could be a better description, not just for instrumentation – a marxaphone on ‘Wolves’, clavichord on ‘Crossfire’ – but in atmosphere, a lot of these songs are chamber pieces, ‘Cold War Love’ and ‘Repeat’ both starting as piano songs before instrumentation subtly enters and builds.

A mandolin intro on ‘Holy Water’ leads to a more Mexicali feel, while banjo picking on ’Empire’ is part of a complex and inventive instrumental selection which typifies the record. Ari’s light, airy voice often invokes Gotye, and this work brings the great, (forgotten?) Norwegian band Fra Lippo Lippi to mind. ‘Radikoj’ is Esperanto for roots, and is Ari’s first album in English. His first album ‘Frae’ means seeds in Icelandic, and a third album is planned, with growth being the stated link. If that album can build from these fragments of charm into a work with more marrow, then that growth could produce work of substance and reach. Final song ‘The Last Waltz’ is delightfully melancholic, almost an Americana cliche, but perhaps a signifier of where Ari could really blossom?