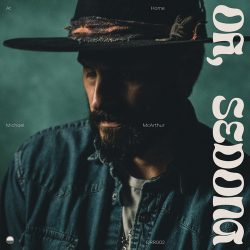 release dates that are only weeks apart, Michael McArthur has conjured up a mighty fine pair of acoustic EPs and luckily for the reviewer who has to squeeze this duo into a single review, both ‘Oh Sedona’ and ‘How to Fall in Love’ are immensely enjoyable, making this task a hugely pleasurable one.  Both EP’s feature new tracks as well as solo acoustic versions from the highly regarded 2019 LP, ‘Ever Green, Ever Rain’. END_OF_DOCUMENT_TOKEN_TO_BE_REPLACED 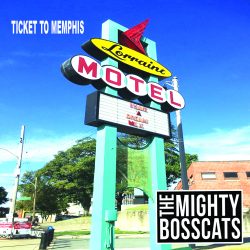 It’s not often that a review of an Americana album features a lead artist whose previous musical life saw him play and tour with a diverse range of stars such as The Platters, Tony Christie, Dana and even more bizarrely with Les Dennis, Ronnie Corbett and even Charlie Drake (apologies to either younger or non-UK readers who may have no idea who those last few people are, but if you’re really curious you can look them up online!) Such is the life of Richard Townend. END_OF_DOCUMENT_TOKEN_TO_BE_REPLACED 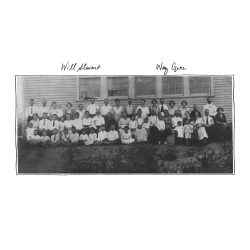 ‘Way Gone’ is the new EP from Alabama based singer-songwriter-guitarist Will Stewart and it’s a perfect example of good things coming in small packages.  This release may only be 6 songs and 23 minutes long but there is some pretty good music crammed in here.  The mini-album gets off to fine start with ‘Southern Raphael’ where some tight rhythms and jangly guitars build up to an end of track crescendo while the clever use of synths subtly adds to this tale of dive bar entanglement. END_OF_DOCUMENT_TOKEN_TO_BE_REPLACED 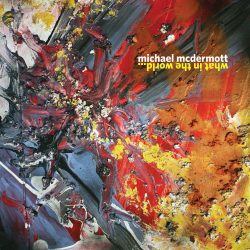 With the release of ‘What in the World’ Michael McDermott continues the great run of musical form that has been a hallmark of his last three releases, and which started with what could be construed as his comeback album, the superb 2016 effort ‘Willow Springs’.  In truth though, after a spectacular breakthrough almost 3 decades ago that led to the almost inevitable “next big thing” labels, Michael McDermott has never gone away but like many before him, he hit the self-destruct button and in his own words,  “I’m sure you know the story….record deal early, some modicum of success, and then the long slow descent and destruction. Jail, rehab, fortunate enough to be alive, man.” END_OF_DOCUMENT_TOKEN_TO_BE_REPLACED 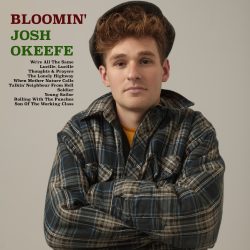 At some point during a review of Josh Okeefe’s music there’s going to be a reference to Woody Guthrie and Bob Dylan and for good reason.  In addition to his voice and his delivery style, Okeefe’s music is, when needed, bitingly direct, complete with much of the anger and vitriol associated with those musical giants.  There’s a rawness to his storytelling that is hugely compelling, all aided by a voice that reaches out and grabs you by the throat and insists that you listen and listen carefully and, as with Messrs Dylan and Guthrie, young Mr Okeefe has a lot to say. END_OF_DOCUMENT_TOKEN_TO_BE_REPLACED

Beverly Sainte-Marie was born in February 1941 on the Cree nation’s Piapot 75 Reserve in Saskatchewan, Canada.  As a youngster, she fell victim to the hideously shameful Sixties Scoop – a catch-all name for a series of policies, originating in the early fifties, enacted by provincial child welfare authorities which saw thousands of Indigenous children taken from their homes and eventually adopted out to white families from across Canada and the United States. These children lost their names, their languages, and a connection to their heritage and sadly, many were also abused and made to feel ashamed of who they were. END_OF_DOCUMENT_TOKEN_TO_BE_REPLACED 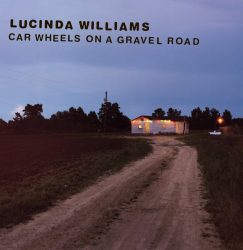 In 1998 when ‘Car Wheels on a Gravel Road’ was released my musical tastes were much more rock-oriented and my gradual assimilation into all things Americana was really just beginning and I paid it scant attention at the time.  That all changed though in late June of 2002.  I’d bought, and was hugely enjoying Williams’ next album ‘Essence‘ and faced with a 350-mile drive from Chicago, where I lived at the time, to a friend’s summer lake house in northern Wisconsin, I’d splashed out on some more CD’s (for those old enough to remember them) and of course one of them was ‘Car Wheels on a Gravel Road‘. END_OF_DOCUMENT_TOKEN_TO_BE_REPLACED

We’ve lost of one the truly great ones with the passing of John Prine, finally succumbing as he did to complications arising from Covid-19 infection.  When our editor asked who wanted to do a Top 10 John Prine Songs feature my hand shot straight up, “Pick me, pick me” or something to that effect I replied back to him on our staff forum.  END_OF_DOCUMENT_TOKEN_TO_BE_REPLACED 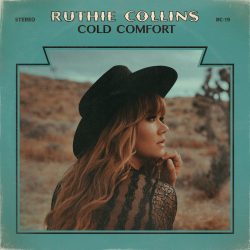 Ruthie Collins second album ‘Cold Comfort‘ is a hugely contemplative affair that, while not devoid of upbeat songs, creates something of a melancholy vibe throughout its 11 tracks.   That’s probably not that surprising given the album arose hot on the heels of a somewhat agonising breakup and the pain is clear to see as Collins bares her soul.  The album wasn’t made some risk without though.  Having gained praise for the more country-tinged ‘Get Drunk and Cry’ this represents a subtle but clear change in direction which has been compared to seventies Laurel Canyon rather than modern country. END_OF_DOCUMENT_TOKEN_TO_BE_REPLACED 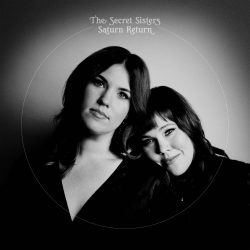 Thankfully for us, it’s only been 3 years since Laura and Lydia Rogers released their last album and not the 29 ½ years it takes Saturn to orbit the sun.  Just like the astrological event it’s named after, ‘Saturn Return’ focuses on the fear you have to overcome and the subsequent strength and wisdom you gain from facing life’s challenges and as many will know, the sisters from Muscle Shoals, Alabama have had to face more than their fair share of life’s obstacles over the last few years. END_OF_DOCUMENT_TOKEN_TO_BE_REPLACED