Shortly after 8.30pm, a passing punter in the 100 Club said to another fellow gig goer, “I thought that was Billy Idol for a moment.” It’s actually a reference to the gravity defying pompadour sitting atop Dale Watson’s head. On conclusion of his set about two hours later the participants of this exchange might have concluded that any similarity between the two crooners began and ended at their hair – and might also have wondered whether Billy Idol was capable of delivering a performance of two hours’ duration, with a set list chosen largely by his audience. END_OF_DOCUMENT_TOKEN_TO_BE_REPLACED

“For us to have Loose Records here tonight and for us to still be married…” is Rennie Sparks’s wryly improbable reflection towards the beginning of this evening’s performance in Hackney – a nice acknowledgement of the record label who have long supported them but also a sly nod to the unlikelihood of a musical and personal marriage of such longevity. While such lengthy partnerships might seem improbable to Rennie, it’s certainly propitious for us, the audience, who are able to able to enjoy a live rendition of their 1998 album, ‘Through The Trees,’ in all its glory tonight. END_OF_DOCUMENT_TOKEN_TO_BE_REPLACED 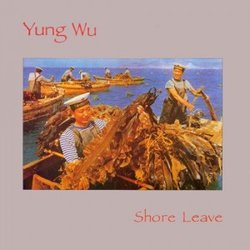 An album from 1987 which sold less than 5,000 copies on release, this is essentially a side project by the percussionist from the band, the Feelies –Dan Weckerman here taking the role of lead vocalist and songwriter. A reissue being released in time for Record Store Day, ‘Shore Leave’ is considered something of a lo-fi indie classic by fans of the Feelies, the latter releasing four albums between 1980 and 1991. END_OF_DOCUMENT_TOKEN_TO_BE_REPLACED

The Handsome Family are nearly halfway through their biggest UK tour to date which is good news if you happen to live near the places they haven’t been yet. 25 years into their career now, Rennie and Brett Sparks’ twisted take on Americana was given a boost when a track from their 2003 ‘Singing Bones’ album ‘Far From Any Road’ was plucked from relative obscurity to be used as the theme tune for the first season of ‘True Detective’ in 2015. Since then, the track has been streamed over 50 million times and counting. END_OF_DOCUMENT_TOKEN_TO_BE_REPLACED

The Hanging Stars brought the sound of summer to the Victoria pub in Dalston on an otherwise cold and dismal February night last Thursday. Launching their sophomore release, ‘Songs for Somewhere Else,’ The Hanging Stars were appropriately accompanied by a mindbending liquid light show from Innerstrings which acted as a perfect counterpoint to their music – described by the band as ‘cosmic psychedelic country folk soul.’ END_OF_DOCUMENT_TOKEN_TO_BE_REPLACED 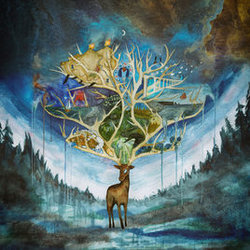 All The Luck in the World are three young Irish songwriters from County Wicklow who gained a degree of attention when a home recorded song of theirs titled ‘Never’ gained a large following on YouTube back in 2012, and subsequently got picked up by the travel comparison website, Trivago – further enhancing their exposure. END_OF_DOCUMENT_TOKEN_TO_BE_REPLACED

“Is there anybody in there? / Smoking weed with God.” The song, ‘Waves,’ the fifth in their set tonight, typifies much of where Justin Osborne’s head is at: namely, in songs about his drug taking past and the religious undertones of what’s described as “soul loss” (the loose translation of the Latin American term, Susto). All that – and maybe the search for some kind of meaning in an increasingly complicated and troubled world. END_OF_DOCUMENT_TOKEN_TO_BE_REPLACED

Buffalo Road’s third record “Whole New Silence” is described as something of a “lost album” by their record company, having first been completed in 2016 while only seeing the light of day last November. Meanwhile, the band are currently said to be “pursuing separate ventures,” having split up due to work commitments. The band have some longstanding pedigree given that this Ipswich-based act released two previous albums in 1993 and 1995, so their third comes after a hiatus of some 22 years. END_OF_DOCUMENT_TOKEN_TO_BE_REPLACED 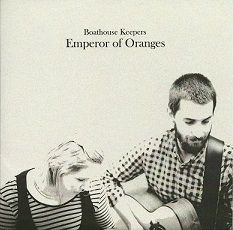 If the lyrics to most popular music can usually be reduced to the essentials of “Baby I love you,” or “why did you leave me?” then you have to applaud the efforts of any musical act which chooses to put its songwriting focus on literature and history instead. Such is the case with Suffolk folk duo, Holly Johnston and Jonathan Coy, A.K.A. Boathouse Keepers, on this, their debut album, ‘Emperor of Oranges.’ END_OF_DOCUMENT_TOKEN_TO_BE_REPLACED

Ewan Cruickshanks is a keen supporter of the Glaswegian roots music scene, with a radio show affiliated to the local university, and February sees the release of his debut album. ‘Y.N.D. (Youth Never Dies),’ the instrumental only opening track sounds something like a collaboration between Sonic Youth and the Pixies, although it’s not typical of the rest of the album which could generally be filed under the heading ‘alternative/indie.’ END_OF_DOCUMENT_TOKEN_TO_BE_REPLACED