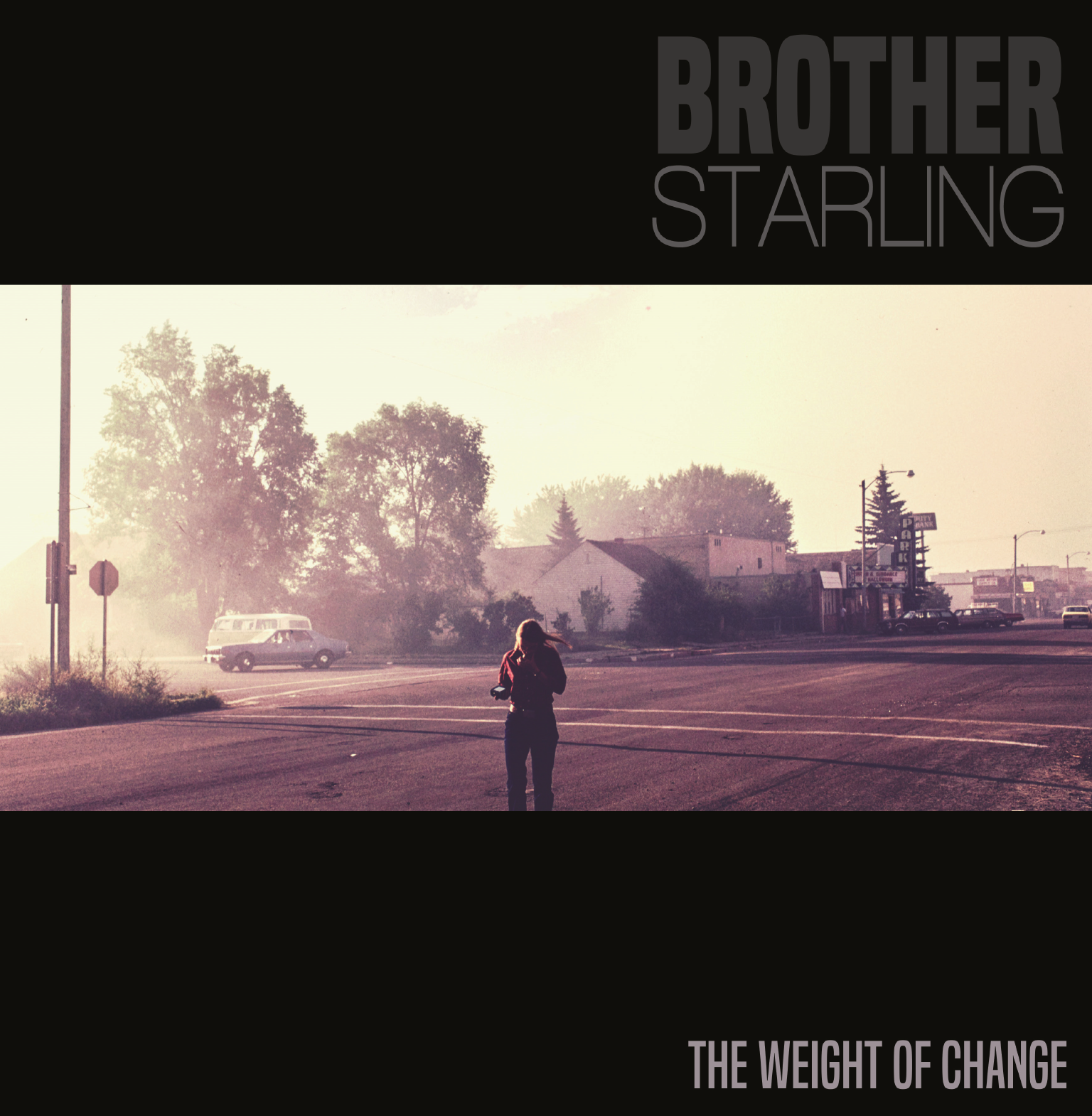 A quintet hailing from Philadelphia, Brother Starling are an Americana and Classic Rock band who have just released their debut LP, ‘The Weight of Change’. The album itself focuses on these volatile times which we live in, looking at both life and death. The album starts with the driving and anthemic song ‘Cobbled Streets’ which is about starting afresh after tragedy. The song crescendos to a powerful chorus where the lead vocalist, Geremiah Giampa sings ‘Let’s run, run away’. The song has greater meaning when you learn that Giampa was hit with two tragedies at the time of recording the album. He explains how it ‘ended up guiding the theme of lyrics and the soundscape’ for the album.

This is further seen in the song ‘Stronger’ which gives off a real message of hope. Accompanied by some great harmonies in the chorus, you really have a strong start to the album.

‘Madmen’ and ‘Are we Together’ go together rather well and have the same groovy vibe about them. They are also both good observations on the political and societal landscape that we are in. What must be noted is that there is so much contrast for a debut album, and it is nice to see such a mixture of styles. But you do feel like they are trying hard to be another Nathaniel Rateliff and the Night Sweats or a Gaslight Anthem.

The album concludes with the much more ballad-like ‘All Those Nights’. This is where Brother Starling really show who they are, with beautiful harmonies and great visual lyrics. The whole album is one that you can almost picture and this song is definitely the standout of the album, and it is often rare for the slower song to stand out as much as it does.

Overall, this is a very accomplished debut album from Brothers Starling. Where it falters can be with the sometimes jarring distorted guitar solos which feel very contrary to their style, and their similarity to other already successful bands. But that should not stop them from pushing on and creating a great and more unique sound in the future.

A powerful debut album from a Philadelphia quintet

Josh Geffin “Hold on to the Light”

Another beautiful set from this indie folk singer-songwriter, borne out of meditations on lockdown. After finding favour with AUK a couple of years back with his last EP ‘Islands’, Josh Geffin, still relatively unknown, has […]

No knights or Pythonesque nonsense here as Collins delivers a sweetly sad third. The North Carolinan’s gorgeous third album is a simple feast of quality songwriting, along with some great musicianship and lovely performances. Opening […]

Interview: 49 Winchester’s Isaac Gibson on the journey to their first major-label release

Interview: Andrew Davie of Bear’s Den on how the pandemic influenced their songwriting

Something for the weekend: Phosphorescent “Any Old Miracle”

That’s it for another week dear reader. We haven’t been sent it for review but we can’t recommend the new Paul Kelly collection ‘Time’ enough. If you don’t know who he is yet, cancel all […]

I Write The Songs: Jimmy Webb

How could we have a series about songwriters and not include the outstanding Jimmy Webb! Of course, Webb’s songwriting isn’t focused on Americana, per se. He has written for a host of artists that have […]

Well, this is a total and utter joy and what a great honour for Americana UK to premiere Simon Flory’s version of the great Roky Erickson’s ‘Don’t Shake Me Lucifer‘.  Could the classic garage rock […]

At the beginning of the pandemic, when live music became a distant memory, we started sharing stripped-back exclusive live recordings from talented musicians, maintaining that connection between artists and their audiences.  We continue our series […]

Josh Geffin “Hold on to the Light”

Another beautiful set from this indie folk singer-songwriter, borne out of meditations on lockdown. After finding favour with AUK a couple of years back with his last EP ‘Islands’, Josh Geffin, still relatively unknown, has […]