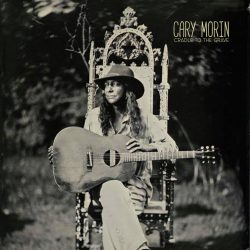 Cary Morin possesses finger-picking skills that many guitarists would sell their soul for. A Montana native and member of the Crow tribe, Morin’s music rolls together blues, folk, jazz and a host of other flavours into his own style of Native Americana. Plying his musical trade across the USA and wider world for nigh on thirty years, he’s won a host of blues and Aboriginal music awards to boot.

Morin’s songs are often personal and spiritual in nature. On the opening titular track he pleads for Jesus to guide him through life, from Cradle To The Grave. Final track Watch Over Me is a reiteration of the same plea in a similar folk/blues vibe. His voice has a little more colour and lift than might be expected from an acoustic bluesman of old; it helps the album avoid getting stuck in too much of a stylistic rut. Laid Back is a cheerful jazzy blues, extolling the virtues of sitting in the shade, fishing by the riverside. Mississippi Blues (a cover of the Willie Brown original) is, as you’d expect, traditional Delta blues. With Morin’s guitar talents the track rolls and tumbles like the mighty Muddy River. It’s one of the record’s standout numbers.

Late on, a cover of Prince’s Nothing Compares 2 U is more of an oddity – Morin changes the melody of the vocal and also the chord structure a little. Nonetheless the songs works well as a sad, folky refrain rather than the more dramatic, emotional pop ballad of the original. Cradle To The Grave is the sound of a greatly skilled musician. One man and one guitar in complete harmony.

Fans of acoustic Americana roots will find little to fault in Morin’s skill and craft.